Editorial: Why Connecticut Needs the Death with Diginity Act 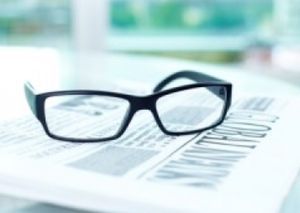 A compassionate option for end of life

Given the current political climate, people are nervous about so many things, and healthcare is top of mind. It is concerning that the Public Health Committee of the Connecticut State Legislature has stopped once again to consider the Death with Dignity Bill - not putting patients and their dignity first.

Recently, I learned that my uncle, who was suffering from terminal brain cancer, told his doctor, “If my heart stops beating, just let me die, please.”

The medical advances in treatment and innovation in therapies have created death to become a process, sometimes lasting months with very little quality of life for the patient. Death with Dignity is not only a controversial topic nationwide, but it is certainly a topic of great debate in Connecticut.

In April 2020, there was a proposal put forth (HB5420) that physicians could be given the right to prescribe “medication” to end the life of a patient if certain criteria are met.  It, once again, did not pass.

During the coronavirus, when the State Capitol is closed, Senator Haskell is advocating for the bill to pass. The push for passing the bill is not about pain, but quality of life, and loss of dignity. There has to be closure for these patients. Why is it so challenging to get this billed passed?

Every terminally ill patient has a right to die in the manner they choose. I know that there is sacredness around the value of life, but the decision is personal, depending on the circumstance of the individual.

Death with Dignity is a challenging issue.  When I started to reflect on the words my Uncle spoke, I realized what a personal decision this is.

My uncle was 50 years old when he was diagnosed with brain cancer. The cancer spread and 6 months after diagnosis, he was no longer able to drive, had difficulty swallowing, and needed help with most daily tasks that were taking a toll on my aunt.  He went from a busy and engaged individual to someone who had lost their zest for life.

Dr. Paul Bluestein, a Connecticut physician who has witnessed firsthand the suffering that dying can inflict says, “This is a human issue, not a political issue. The only question is whether we will have a say in how we die. I don’t see how prohibiting people from having a full range of choices regarding their end of life care is anything other than a denial of what should be a human right.”

It’s not fair to live in fear because we live in Connecticut, a state that doesn’t honor individual’s rights to use prescribed medication to end their lives peacefully; we may even choose relocate to another state that does treat people with dignity.  It doesn’t make sense that people in the Connecticut General Assembly get to decide what my end of life will look like.  This is something that is very real for so many people in Connecticut.

More than twenty years ago, Oregon implemented its Death with Dignity Act, since then, so many states have followed suit.  In 2019, Hawaii approved Our Care, Our Choice Act.

As a person living with a terminal disease, my uncle should have been able to make the decision on how he wanted to end his life, ultimately with the dignity he experienced when he was brought into this world. These decisions should not be made by others.

As a Connecticut resident, I would like my voice heard, by permitting and not prohibiting one’s basic human rights. For a Death with Dignity Act to be legalized in Connecticut, it needs to be successfully passed through legislation.

It is time for the citizens of Connecticut, and their doctors to make their decisions to be made at end of life.