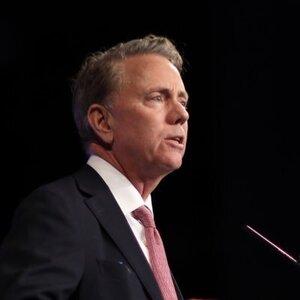 Governor Ned Lamont is applauding the actions taken this evening by President Joe Biden to recommit the United States as a leader in environmental protection, including rejoining the United States as a member of the Paris Agreement on climate change and signing an executive order that takes critical first steps to address the climate crisis. The actions are among the first President Biden has taken since being sworn into office earlier today.

“The executive actions signed by President Biden today with respect to the environment, namely rejoining the Paris Agreement on climate change and directing federal departments and agencies to immediately review the rolled-back environmental regulations over the last four years, demonstrates the Biden administration’s respect for science and understanding that the climate crisis is an urgent threat,” Governor Lamont said. “These actions are symbolic and consequential first steps toward returning the United States to a role it never should have abdicated in the first place – leading the world in environmental protection and the fight against climate change, a fight Connecticut is already in and will continue to lead.”

“The actions taken today by the Biden administration send an incredibly important message to the world as well as to the many states, like Connecticut, that have continued to take meaningful action on climate change, even as the federal government was moving in the opposite direction,” Connecticut Energy and Environmental Protection Commissioner Katie Dykes said. “The Biden administration’s actions – rejoining the Paris Agreement, reversing many of the previous administration’s rolled-back regulations that are counter to science and the best interests of public and environmental health, and directing agencies to consider revising fuel economy and emissions standards – signal the importance that science, public health, and a clean energy economy will have in rebuilding our country. They complement the efforts we’ve undertaken here in Connecticut, be it the work of the Governor’s Council on Climate Change, decarbonizing our electric grid, and supporting implementation of the Transportation and Climate Initiative Program.”

The executive order on the environment that President Biden signed today: