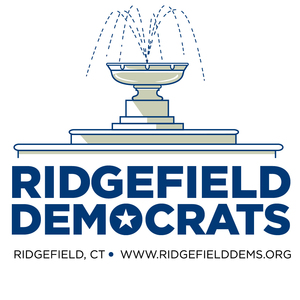 With the Connecticut General Assembly’s 2021 regular session in the rear-view mirror, it’s time to highlight some of the bills that passed into law supported by Ridgefield’s all-Democratic delegation. Many measures reflect lessons learned during the global pandemic.

Three bills, in particular, help Connecticut residents to cope with the continuing effects of Covid-19:

* HB 5596 extends telehealth benefits for Connecticut residents to 2023 for continuing services that proved crucial to patients and providers during the pandemic amid a shift to in-home healthcare.

* SB 2 updates and improves services available to the state’s students, especially those in under-served communities, as they return to classrooms this fall after months of remote learning.

With the issue of racism raised as never before in Connecticut towns and cities, several bills sought to bridge the divide:

* SB 1 declares racism in Connecticut a public health crisis and establishes a State Commission of Racial Equity in Public Health. The Commission is charged with documenting and making recommendations for decreasing racism’s effect on public health, drafting a strategic plan to eliminate health disparities and inequities, and studying the impact of racism on the state’s populations based on race, ethnicity, sexual orientation, gender identity and disability and including Black American descendants of slavery. The bill also mandates better data collection on race and ethnicity in healthcare and requires hospitals to supply bias training for employees who provide care for pregnant and postpartum women.

* HB 6665 eliminates restrictions on ownership of property based on race and drops the requirement for race designations on marriage licenses.

* SB 753 eliminates prison gerrymandering. The bill, which has been brought before the legislature several times over a 10-year period, ends the counting of incarcerated people, for the purpose of redistricting, in regions where they were imprisoned rather than their home communities, a practice that denied them meaningful representation. This year was the last year legislators could change state law to count incarcerated people as residents of their home districts before those districts are drawn for the upcoming decade.

Environmental legislation for which our delegation successfully won passage included a measure to encourage bottle redemption.

* SB 1307, portions of which will take effect Oct. 1, updates Connecticut’s 41-year-old bottle bill law. Starting Jan. 1, 2024, the new law adds, teas, sports, plant-based and juice drinks to the list of beverages requiring deposits. The bill doubles the redemption to 10 cents, aiming to boost redemption rates, which stand at about 50% in Connecticut. The bill also increased the handling fee that beverage distributors pay to redemption centers, helping the viability of these businesses.

Among the disappointments of the regular legislative session was the failure to pass SB 884, a bill designed to cut carbon emissions in transportation as part of a larger regional strategy. Although the potential increase in gas prices is estimated to be as little as 5 cents/gallon, legislators did not bring the bill to a vote. SB 931, drafted to tighten emissions standards for medium- and heavy-duty trucks, passed the Senate, but did not get a vote in the House.

Passage of these and several hundred other bills that ensure Connecticut’s economic, environmental, and societal health is quite an accomplishment—especially when achieved during one of the most challenging times in our state’s—and nation’s—recent history. Congratulations, Senator Haskell and Representatives Berger-Girvalo and Representative Gucker, on a job well done.