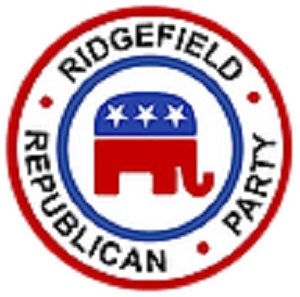 Three months ago President Joe Biden appointed Vice President Kamala Harris to the position of Border Czar. Her mission was to clean up the illegal immigration catastrophe on our southern border that he created with the undoing of the previous administration’s border policies, which had worked to reduce unauthorized entry into our country to the lowest level in years. Avoiding the border issue until today, V.P. Harris finally visited the airport in El Paso, Texas. The current Texas hot spot for border crossers is Del Rio, 428 miles from El Paso. There will be no illegal aliens visible in the optics in El Paso.

Last month, 180,000 people criminally entering the country were detained by border patrol personnel, and they estimate that 1500 illegal entrants evade law enforcement every day. The national Democrat policy of turning a blind eye to the problem, claiming the border is closed, has allowed the drug cartels and human traffickers to ply their trade virtually unrestricted. Besides the child abuse, rapes, and deaths, the flow of illicit drugs has increased exponentially.

According to ABC News, as of April 2021, there were 6494 lbs. of fentanyl seized, which was 2,000 lbs. more than all fentanyl seized in 2020, and that doesn’t account for drugs brought in by those who escape detection. Fentanyl is 50 times more potent than heroin and 100 times stronger than morphine. Keep in mind that one kilogram (2.2 lbs.) of fentanyl can kill 500,000 people, according to the U.S. Drug Enforcement Administration. Transnational and cross border cartels are getting rich off of the deaths of Americans.

How does this affect Connecticut? In 2020 there were 1372 deaths here from drug overdoses (OD’s). According to Connecticut’s Department of Public Health, 85% of OD’s involved fentanyl.   Out of every 100,000 Connecticut residents, 34.7 people die of OD’s, which is 67% higher than the national average. Furthermore, if nothing changes, it is expected that the rate will increase by 8.38% annually. (DrugAbuseStatistics.org) Statistics alone can’t begin to tell the whole story. Every one of these deaths brings heartache to a father, a mother, a son, or a daughter. It is a tragedy that affects each family forever.

In addition, the Centers for Disease Control and Prevention estimates that the total "economic burden" of prescription opioid misuse alone in the United States is $78.5 billion a year, including the costs of healthcare, lost productivity, addiction treatment, and criminal justice involvement. The increase in injection drug use has also contributed to the spread of infectious diseases including HIV and hepatitis C.

Between open borders and sanctuary states, Democrat policies foster an environment that allows the crisis of opioid drug abuse and related deaths to continue. Republican policies of strong border enforcement to stop the transnational drug cartels and standing up to our enemies to reduce the flow of these illegal drugs, was working. But this should never be a Democrat vs. Republican issue.

All families are torn apart with grief when a family member dies of a drug overdose. All of us should demand the lies stop and tight border security be enforced…..even if (Heaven forbid) it means continuing to build the wall!