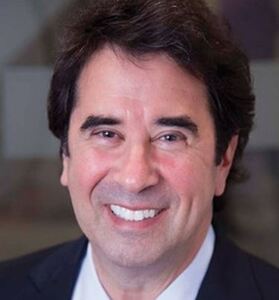 Editor's note: Allen Hershkowitz, PhD is a Ridgefield resident and Chairman & Founding Director at Sport and Sustainability International. He was a senior scientist at the Natural Resources Defense Council from 1988 to 2016 and is currently Environmental Science Advisor for The New York Yankees. Dr. Hershkowitz has an office at 90 Grove Street in Ridgefield. His OpEd here titled "While legislatures dawdle, consumers should demand bio-based alternatives to plastic" appeared in yesterday's Miami Herald.

The good news is that alternatives to petroleum-based plastics already exist. But Floridians need to demand them before we drown in the non-degradable single-use plastics we refuse to live without today – but won’t be able to live with tomorrow.

Unfortunately, despite education campaigns promoting Reduce, Reuse, Recycle, and despite the proliferation of bans on some single use plastics, worsening plastic pollution trends continue to accelerate.

Sadly, Florida’s precious marine habitat has been the victim of this more than any other state in the country. According to Oceana, since 2009, more than half of the country’s marine animals that have swallowed or become entangled in plastic pollution were found in Florida, including almost 1,000 sea turtles, dolphins and manatees. Nevertheless, industry projects plastics production to increase four-fold by 2050.

This is a crisis in the making — the world simply cannot tolerate another 50 years of worsening plastics pollution.

That’s why we must add a fourth R. Now we must also promote “Replace.” Petroleum-based plastics must be replaced with ecologically preferable bio-based alternatives. Whether or not plastic can be reduced, reused or recycled, it should no longer be made from fossil fuels.

Here are some ways each of the four Rs can be marshaled to help address Florida’s plastics pollution crisis:

Reduce: Since 2019, more than 200 bills related to decreasing single-use plastic have been introduced in state legislatures. However, many aren’t getting enacted because of lobbying by the plastic industry. Still, consumers can act without legislation by curbing plastic consumption by doing simple things such as using a refillable water bottle or bringing their own bags to the grocery store.

Reuse: This R virtually always makes great ecological sense. Reusing non-plastic options not only combats petrol-plastic pollution; it also saves users money. Many awareness campaigns have tried to drive this point home. Unfortunately, a majority of consumers still demand cheap plastic products, and most businesses are happy to oblige. That’s why intelligent design of plastic products that provide ecological benefits, such as the option to reuse it, is so important.

Recycle: Done right, recycling is among the most economically and ecologically impactful of the four Rs. Clothing, carpets and shoes are just a few products now made from recycled plastic. According to the Environmental Protection Agency, more than nine out of every 10 tons of discarded plastic are not recovered for recycling and, often, what shows up at recycling facilities is not recyclable. Our

Replace: The dire need for effective solutions helps make the case for the new fourth R — replacement of petroleum and gas with bio-based raw-material alternatives. This is the only viable raw-material alternative to fossil-fuel-based plastics. Unfortunately, some otherwise well-intentioned legislative initiatives, including here in Florida, inadvertently stymie bio-polymer marketing, including compostable products. This makes it harder for manufacturers to shift toward bio-based options that more closely conform with ecological requirements. As local and state lawmakers in Florida look to craft better plastics legislation, they should incentivize, not squash, the development of non-petroleum technologies that help address plastic pollution.

Manufacturers increasingly are using PHA (polyhydroxyalkanoate), one example of a bio-based replacement for petrol-based plastics. PHA is made from canola oil and is broken down by bacteria. While petrol-based plastics never biologically degrade, a PHA product will authentically biodegrade within a matter of months should it become litter or wind up in an aquatic setting. That is a big advantage for coastal states like Florida. Moreover, producing PHA does not create hazardous air emissions and lowers greenhouse gases compared with petroleum-based plastics.

Environmentally conscious consumers and brands are demanding ecological, bio-based products that can reduce the production and waste impacts of petrol-plastics.

This is what it will take to subvert this looming threat to a livable planet: pressure to shift to ecologically preferable, bio-based products that can be mass produced. Major brands are increasingly applying pressure. Consumers can, too. Communities, especially Miami and other coastal cities in Florida, can be part of the solution by ushering in a new rallying cry: Reduce, Reuse, Recycle and Replace.