Ridgefield Allies Letter to the Public 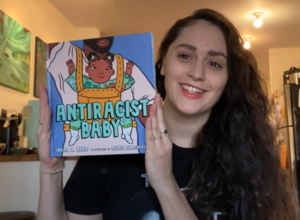 Public Letter to members of the Ridgefield Community, First Selectman Rudy Marconi and Ridgefield Board of Selectmen

To All Members of Our Beloved Ridgefield Community, First Selectman Rudy Marconi, and the Board of Selectmen:

During the Board of Selectmen’s meeting last night, January 19, 2022, individuals who identified themselves as Jim Head and Meg Oyunbazar (unsuccessful 2021 Board of Education candidate) abused the BOS public comment period by making several wholly false and frankly offensive statements. (See meeting video at the 10:45 to 13:55 mark here.

First, they claimed that our local non-profit community organization, Ridgefield Allies (“Allies”), is partnering with the Ridgefield Youth Commission (the “Youth Commission”) to sponsor a reading on February 24, of the book Antiracist Baby by Ibram X. Kendi. This claim is categorically untrue. Not only are Allies and the Youth Commission not partnering on a book reading on that or any other date, Allies and the Youth Commission have no programs or plans to partner on any program of any type, nor have there been any discussions or proposals between the two entities, either formally or informally, to partner on any programming.

While Allies welcomes all inquiries to partner with any local organization on programming consistent with our mission, to date there have been no such discussions between Allies and the Youth Commission. This claim is an absolute falsehood which Mr. Head and Ms. Oyunbazar could easily have confirmed had they simply inquired to either Allies or the Youth Commission. Instead, they made claims constructed of whole cloth without even a cursory attempt to verify.

Additionally, the two individuals who identified themselves as Mr. Head and Ms. Oyunbazar characterized the book Antiracist Baby as “toxic” and “part of the whole CRT thing”, also wholly false and easily debunked claims. Their inference that “CRT” is dangerous betrays an ignorance of what that term means and a complete misunderstanding (or willful smearing) of what antiracism is. That term has unfortunately been perverted by those who oppose any efforts to mitigate racism as a tactic to discredit antiracist initiatives and scare the public.

Mr. Kendi’s book, Antiracist Baby, is a lovely children’s picture book that speaks to the beauty, dignity, humanity, and worth of ALL people, that advocates reforming policies not blaming people, that specifically states that no people are better or worse, that directly repudiates any form of scapegoating or denigrating any people or race. It is a uniformly hopeful, uplifting, and unifying book. Allies can categorically and truthfully speak to the content and sentiments in this book because on February 23, 2021 (last year), we produced (wholly on our own) and posted a video reading of the book on our website here.

The entire video is less than four minutes. We invite all Ridgefield residents to watch the video and see for yourselves how entirely inoffensive and wholly affirming it is. We request that after viewing that you ask yourself, how any person who read the book or viewed the video could in good conscience oppose it on any basis.

On behalf of Ridgefield Allies Board of Directors