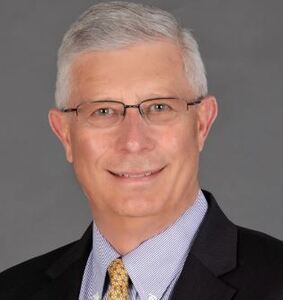 Bob Hebert, one of Ridgefield’s Board of Selectmen, received the Republican nomination as the 111th District State Representative, with a unanimous vote of the delegates at the Ridgefield Republican caucus.

“I am truly honored to have once again been chosen to represent Ridgefield,” Hebert said. “I think everyone realizes right now that elections have real consequences, and that is especially true at the state level. Government overreach is out of control and parents' rights are being ignored. Ridgefield needs someone who will stand-up to Hartford when they try to push their failed city policies on our towns, and not just rubber-stamp whatever the party tells them to do. I am ready and willing to fight for my home and be the voice for ALL of Ridgefield”, he continued.

Mike Raduazzo, Chair of the Ridgefield Republican Town Committee said “We are proud, once again, to endorse Bob as candidate for the 111th House Representative seat supporting Ridgefield. Bob has been a long-standing public servant within our community representing all citizens of Ridgefield. His experience as a member of the Board of Selectmen, his financial background, and his love of our community makes him the ideal candidate to represent us in Hartford as we will need to navigate through these very difficult financial times brought to us by decades of Democratic rule.We look forward to November and electing Bob and an excellent slate of Republicans up and down the ticket.

Colette Kabasakalian, the Republican Town Committee Vice-Chair said “We are so fortunate to have a candidate like Bob Hebert run for State Rep. Ridgefield needs his experience, common-sense approach to problem-solving, and proven ability to cross the aisle to represent all I personally thank Bob for his continued service to our community and look forward to restoring Ridgefield’s voice in Hartford.”

Bob has a long history of working to make Ridgefield a better place to live and work. A Ridgefield resident for over 40 years with his wife Jan, Bob is currently serving his second 4-year term as a member of the Board of Selectmen. He is also an active member of St. Mary's Parish, where he served on the Advisory Council and co-founded the Life Teen Youth Group. Before his election to the Board of Selectmen, he served as Chairman of the Ridgefield Housing Authority, was a former Director of Junior Achievement, and has been a board member of several other nonprofit organizations.

Bob also has the sharp business acumen needed to restore financial stability in Hartford. He is currently the Managing Partner/Owner of Hebert Partners, a commercial real estate investment and advisory firm which invests in commercial real estate for its own portfolio and its investment partners, and was the Founder and Organizer of The Bank of New Canaan. In addition, Bob has held various other senior officer positions, including Executive Vice President and Chief Lending Officer of New Canaan Bank & Trust, and President and CEO of a Division of The Bank of Mystic. He was also Vice President and head of National Sales for Merrill Lynch and Kidder-Peabody.

Bob is also a proud veteran, having served in the U.S. Army 1st Air Cavalry Division, where he was awarded two Bronze Stars. His oldest son Brian (one of 3 children raised in Ridgefield), followed in his father’s military footsteps, as a fighter pilot flying the A-10 Warthog aircraft for our country.