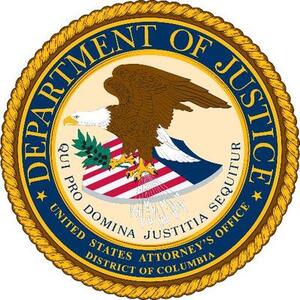 *Editor's note: below is the press release from the Department of Justice, U.S. Attorney’s Office in DC. While they don't report his hometown, multiple credible sources including US News and World Report say the accused, Patrick Edward McCaughey III is a Ridgefield resident.

“The vicious attack on Officer Hodges was abhorrent and quintessentially un-American,” said Acting U.S. Attorney Michael R. Sherwin. “It is my pledge that anyone involved in violent attacks on law enforcement at the U.S. Capitol on January 6, will be prosecuted to the fullest extent of the law.  McCaughey’s alleged actions were an assault on Officer Hodges, the Capitol, and the rule of law itself.”

“Even after days of seeing so many shocking and horrific scenes from the siege on the U.S. Capitol, the savage beating of D.C. Metropolitan Police Officer Hodges stands out for the assailants’ blatant disregard for human life,” said Steven M. D’Antuono, Assistant Director in Charge of the FBI Washington Field Office. “Patrick McCaughey’s alleged actions were violent, barbaric, and cowardly. The FBI will continue relentlessly pursuing those who took part in this vicious assault and ensure that all those responsible are brought to justice.”

As alleged in the charging documents, on Jan. 6, 2021, a video posted to YouTube captured a large group of rioters attempting to break through the line of uniformed law enforcement officers who were in place to prevent rioters from entering the lower west terrace door of the United States Capitol.

The case is being prosecuted by Assistant U.S. Attorneys Melissa Jackson and Jocelyn Bond of the District of Columbia United States Attorney’s Office, and Trial Attorney Rebecca Magnone of the National Security Division of the Department of Justice. Valuable assistance was provided by the U.S. Attorney’s Office for the Southern District of New York. The case is being investigated by the FBI’s Washington Field Office, with assistance by the FBI’s New Haven and New York Field Offices, the U.S. Capitol Police Department, and the Metropolitan Police Department.

The ATF and FBI continue to urge the public to report suspected use of explosive devices, or violent, destructive acts associated with the recent unrest. Anyone with information can call 1-888-ATF-TIPS (1-888-283-8477), email  This email address is being protected from spambots. You need JavaScript enabled to view it.  or submit information anonymously via ReportIt.com.

The FBI is looking for individuals who may have incited or promoted violence of any kind. Anyone with digital material or tips can call 1-800-CALL-FBI (800-225-5324) or submit images or videos at fbi.gov/USCapitol.

The charges contained in the complaint are allegations.  The defendant is presumed innocent unless and until proven guilty beyond a reasonable doubt in a court of law.