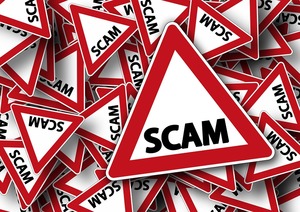 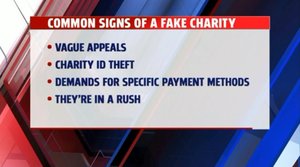 In the wake of a year of earthquakes, floods and other disasters, Connecticut Better Business Bureau says National Consumer Protection Week serves as a reminder of some of the problems unethical fundraisers can cause.

When tragedy strikes, charities and paid fundraisers move quickly to collect and help distribute money to victims. Unfortunately, so do scammers, who rush to set up phony charity websites and social media appeals. They also use the telephone, texts and emails, pretending to represent a legitimate charity.

“Charity fraud creates multiple victims,” according to Connecticut Better Business Bureau spokesman Howard Schwartz. “Connecticut families step up to the plate to provide monetary support and volunteer work when others are in need. The sad part is, that not only do donors lose their money, but the victims and communities are robbed of money they need for support.”

The key to smart giving is to stop and verify before making a donation, rather than acting on impulse, and taking a chance of unwittingly dealing with fraudulent fundraisers.

Charity impostors and their scams have several red flags:

Vague appeals – They won’t provide details about the organization they supposedly represent. They may provide scant and false information, however, they will not tell you how your donation will be used. They tend to dodge questions about specifics.

Charity ID theft – They may create a fake name for their charity, often incorporating part of the name of a legitimate charity or using a name that is similar or misspelled.

They’re in a rush – Fraudulent operators may offer to send a courier or arrange overnight delivery service to collect the donation immediately.

Be careful if you click to get to a charity’s website – If you click on a hyperlink that is supposedly associated with a charity, you won’t know where the link will take you. Don’t assume that charity recommendations on social media, in texts and emails have already been vetted.

Crowdfunding can be tricky - Keep in mind that crowdfunding sites cannot verify the details of every person who sets up a web page to raise money for victim assistance after a tragedy or a disaster.

Be proactive rather than reactive
Select a charity yourself rather than respond to an appeal. If you are not certain who is raising money for a particular cause after a catastrophe, contact a well-known charity for recommendations.

Do your research
Take the time to check out a charity at give.org to avoid donating to a fraudulent or poorly managed organization. BBB’s Wise Giving Alliance has 20 standards for charity accountability, including information on governance and how much of each dollar is used for administrative costs as opposed to relief efforts.

Ask for specific details
Before giving, ask how your money will be used, whether it is for counselling, salary replacement, property repair or a memorial. In addition, ask whether your donation is tax deductible.

Watch out for name similarities
When charities seek support for the same cause, their names are often similar. Before you give, be sure you have the exact name of the charity, to avoid a case of mistaken identity.