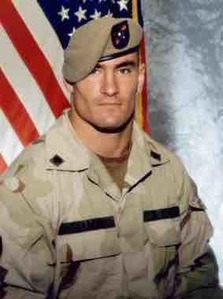 In March 2019, lower Westchester will be host to a national fundraising effort in the name of a fallen hero.

Many college and professional football fans know the name Pat Tillman, a collegiate star at Arizona State University who, after graduating with a 3.85 GPA in marketing, in addition to athletic honors including Pac-10 Defensive Player of the Year, was drafted in 1998 by the Arizona Cardinals.

What elevates Tillman beyond the status of an athlete is that he walked away from his NFL career after 9/11, choosing to join the Army Rangers instead of playing another season in pro football.  Serving in both Iraq and Afghanistan, Tillman was killed in action in 2004. Tillman’s family and friends started the Pat Tillman Foundation in his honor; the Foundation helps provide scholarships and support to veterans and their family members.

One of the signature fundraising events for the Foundation is Pints for Pat.  While Pints for Pat events have been held in several major cities around the nation, including Seattle, Chicago, and Boston.  On Saturday, March 30, 2019, Mickey Spillane’s in Eastchester will host Westchester’s own event from 7-9pm.

This ticketed fundraiser will offer attendees live entertainment, unique silent auctions, and raffle items in addition to an open bar (beer/wine) and food for the duration of the event.  All tickets will include a donation to the Pat Tillman Foundation, and all items sold and raffled will also benefit the Foundation.

Interested parties can connect with the fundraiser on Facebook (Pints for Pat – Eastchester, NY) and on Twitter (@ForPints) – stay tuned as ticket information and entertainment announcements will be coming soon!

Information on the Pat Tillman Foundation is also available at: www.pattillmanfoundation.org