Westchester Philharmonic: A Vision of Sound 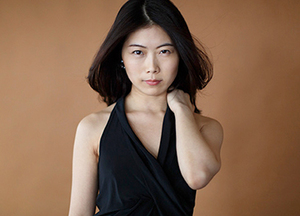 “HyeJin Kim’s hands appear to pirouette on the keys: she jumps over several octaves and then, in other passages, allows harmonies to dreamily flow.” – WAZ-Witten

Rachael Worby’s debut performances last season imbued us with a fearlessness of the unexpected. With Worby on the podium, A Vision of Sound explores jazz and Latin jazz influences on American classical music, highlighted by HyeJin Kim and Gershwin’s Rhapsody in Blue, and a not-to-be-missed collaboration with members of Eduardo Vilaro’s Ballet Hispanico, and a world premiere by Jed Feuer.

BERNSTEIN   Times Square (from “On the Town”)