NY Mets Sold to LI Billionaire for a record $2.4 Billion 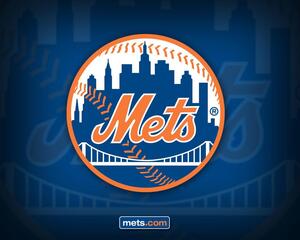 The Sterling Partners, owners of the NY Mets Baseball Club, have announced their intention to sell their stake in the team to Long Island Billionaire Steven Cohen. The sale is subject to the approval of the Major League Baseball club owners. 23 of the other 29 owners must approve the sale before it is is official. The vote is expected to take place no later then the Owners meeting this November.

“I am excited to have reached an agreement with the Wilpon and Katz families to purchase the New York Mets,” said Mr. Cohen. Cohen is a Long Island native, a lifelong Mets fan and hedge fund manager who currently owns an 8 percent stake in the team.

A previous deal reached in November was squashed when the Wilpons demanded that the deal be completed but that they would retain control for an additional 5 years before turning the operations over to Cohen.

he Wilpon-run parent company of the Mets, Sterling Equities, again put the team up for auction, before entering exclusive negotiations with Cohen this summer. The sides have reached a deal to transfer ownership within months for a reported 2.4 Billion dollars. The $2.4 billion-plus sale tops the $2.35 billion valuation of the NBA’s Brooklyn Nets  which was partially sold for 2.35 billion by Russian billionaire Mikhail Prokhorov to Alibaba Group co-founder and Canadian billionaire Joe Tsai. Tsai had purchased a $1 billion dollar stake in the team earlier and then completed the sale, which gave him sole ownership of the NBA Team, for an additional 1.35 billion last year.

Anthony DeComo, on Mets.com said, according to a source the Mets’ deal does not include SNY, the Sterling Equities owned cable network that is under contract to broadcast all NY Mets games through 2030. Sterling will also retain a small 5 percent ownership stake in the team itself.