Happy St. Patrick's Day: Some History Behind the Special Day 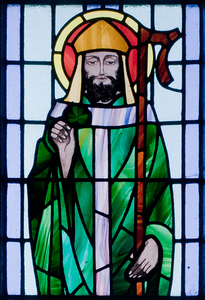 Saint Patrick was a 5th-century Romano-British Christian missionary and bishop in Ireland. Much of what is known about Saint Patrick comes from the Declaration, which was allegedly written by Patrick himself. It is believed that he was born in Roman Britain in the fourth century, into a wealthy Romano-British family. His father was a deacon and his grandfather was a priest in the Christian church. According to the Declaration, at the age of sixteen, he was kidnapped by Irish raiders and taken as a slave to Gaelic Ireland. It says that he spent six years there working as a shepherd and that during this time he found God. The Declaration says that God told Patrick to flee to the coast, where a ship would be waiting to take him home. After making his way home, Patrick went on to become a priest.

According to tradition, Patrick returned to Ireland to convert the pagan Irish to Christianity. The Declaration says that he spent many years evangelising in the northern half of Ireland and converted thousands. Patrick's efforts against the druids were eventually turned into an allegory in which he drove "snakes" out of Ireland, despite the fact that snakes were not known to inhabit the region.

Tradition holds that he died on 17 March and was buried at Downpatrick. Over the following centuries, many legends grew up around Patrick and he became Ireland's foremost saint.

According to legend, Saint Patrick used the three-leaved shamrock to explain the Holy Trinity to Irish pagans.

Celebrations generally involve public parades and festivals, Irish traditional music sessions, and the wearing of green attire or shamrocks. There are also formal gatherings such as banquets and dances, although these were more common in the past. Saint Patrick's Day parades began in North America in the 18th century but did not spread to Ireland until the 20th century. The participants generally include marching bands, the military, fire brigades, cultural organisations, charitable organisations, voluntary associations, youth groups, fraternities, and so on. However, over time, many of the parades have become more akin to a carnival. More effort is made to use the Irish language, especially in Ireland, where the week of Saint Patrick's Day is "Irish language week".

Since 2010, famous landmarks have been lit up in green on Saint Patrick's Day as part of Tourism Ireland's "Global Greening Initiative" or "Going Green for St Patrick's Day". The Sydney Opera House and the Sky Tower in Auckland were the first landmarks to participate and since then over 300 landmarks in fifty countries across the globe have gone green for Saint Patricks day.

Christians may also attend church services, and the Lenten restrictions on eating and drinking alcohol are lifted for the day. Perhaps because of this, drinking alcohol – particularly Irish whiskey, beer, or cider – has become an integral part of the celebrations.

The Saint Patrick's Day custom of "drowning the shamrock" or "wetting the shamrock" was historically popular, especially in Ireland. At the end of the celebrations, a shamrock is put into the bottom of a cup, which is then filled with whiskey, beer, or cider. It is then drunk as a toast to Saint Patrick, Ireland, or those present. The shamrock would either be swallowed with the drink or taken out and tossed over the shoulder for good luck.

Today, St Patricks day is celebrated with parades all over the world, most notably the New York City St. Patrick's Day Parade, which is celebrating it's 260th anniversary. The parade is the world‘s oldest civilian parade and the largest in the United States, with over 150,000 participants. Nearly 3 million people line the 1.5-mile parade route to watch the procession each year and it takes more than five hours to complete the parade in a normal year. Boston, Chicago, Philadelphia and Savannah also celebrate the day with parades involving between 10,000 and 20,000 participants each.

In 2020, the New York City parade was one of the first major city events to be cancelled as a result of the COVID-19 pandemic; it is again "cancelled" in 2021, although organizers are planning a virtual parade and on March 17th the Parade leaders will join a select number of First Responders and Essential Workers (listed below) to offer a prayer for all the victims of the pandemic and the “Twin Towers” to mark the 20th anniversary of 9/11.

Click here to go to the NYC St Patricks Day Parade home page for the time and the link to view the 2021 virtual parade and other St Patrick's Day Virtual celebrations.