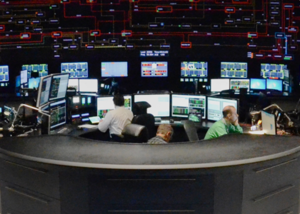 The New York Independent System Operator (NYISO) has reported that electricity supplies in New York State are expected to be adequate this summer, with a total of 41,071 megawatts (MW) of power resources available to meet forecasted peak demand conditions.

"The state's grid is well-positioned to handle forecasted summer demand," said Wes Yeomans, Vice President of Operations for the NYISO. "In addition to robust planning processes and thorough stakeholder engagement, the NYISO operates the grid to meet reliability rules that are among the strictest in the nation and are designed to ensure adequate supply."

In July 2013, New York recorded a record peak of 33,956 MW at the end of a weeklong heat wave. Peak demand is a measurement of the average total electric demand by consumers for a one-hour period. One megawatt of electricity can serve approximately 800-1,000 homes.

The total capacity of power resources available to New York this summer is expected to be 41,071 MW. Available resources include 37,789 MW of generating capacity from power plants in New York State and 2,087 MW of net purchases and sales from neighboring regions capable of supplying energy to New York.

In addition to power plant generating capacity and the ability to import power from neighboring regions, 1,195 MW of demand response resources are available. Demand response programs enlist large users of electricity and aggregations of smaller power customers to reduce electricity consumption when called upon by the NYISO.

The effect of energy efficiency programs, distributed solar photovoltaics, and non-solar distributed resources are also included in the NYISO's forecast. These resources moderate the growth of peak load and reduce overall energy usage from the grid.

About the New York ISO