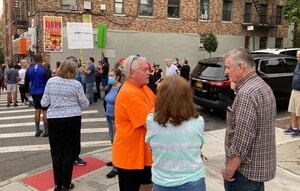 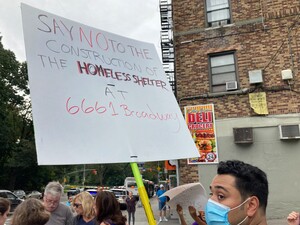 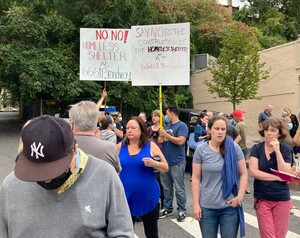 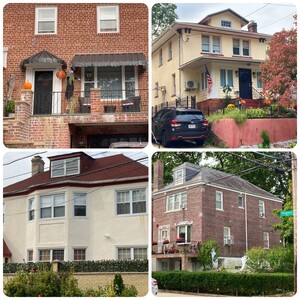 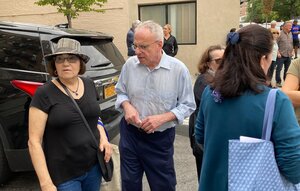 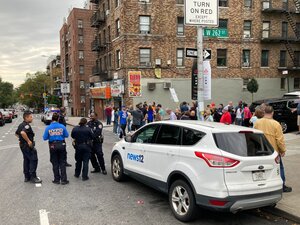 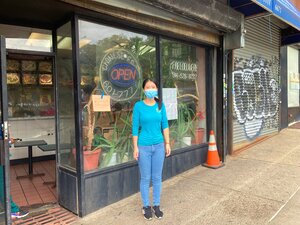 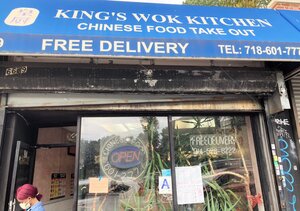 Leafy North Riverdale has been described as, "the last bastion of gracious living in New York City." The neighborhood is affluent and mostly free of serious crime with the exception of automobile vandalism. It features a mixture of private residences and apartment buildings. The most northern portion rests on the south west Yonkers border.

Traditionally a bastion of Irish Catholics,  the neighborhood has seen an influx of Orthodox Jewish families.

Yet although it remains relatively crime free, it is not without problems. In a neighborhood where the average single family home is valued at $800k, developers and the City of New York have made consistent attempts to build high rises and homeless shelters in the area. Having failed in their attempts, they sought out other locations in Riverdale.

Thirty blocks south, in Kingsbridge, The City of New York succeeded in 2017 by authorizing a new building destined for luxury living to be converted into an 80 unit dwelling for homeless families. Riverdale Assemblyman, Jeffrey Dinowitz referred to it as a “bait and switch.” The community was outraged but North Riverdale was spared. North Riverdale was not immune to the homeless problem but it remained relatively isolated to Ewen Park. Learn more on Riverdale Press here.

But things changed In 2016, The City of New York quietly moved 50 homeless men into the Van Cortlandt Motel located at 6389 Broadway. Eventually, the men were moved elsewhere, only to be replaced with 40 homeless families. Once again, the community protested and once again, their fears were validated.

In 2016, Paul Taylor 48. a resident of the Van Cortland Motel, was charged with robbing the Chase Bank at 5656 Riverdale Avenue. Six days later, he robbed the Citibank across the street from that location.

It would be only a matter of time before, The City of New York would look further north in Riverdale for more locations. And early in October 2021, they found one at the Bronx/Yonkers border.

Bronx Community board 8 was duly informed by the City of New York that 6661 Broadway, a row of small commercial stores would be purchased and managed by a contractor to the Department of Homeless Services. The proposal is for a five story facility to be constructed that will house 130 homeless men. The shelter, according to the City will be staffed with social workers, job counselors, and an abundance of cameras and security. The men will be allowed to work, and are free during the day to pursue their own interests. Curfew is set at 10pm.

No sooner than the notice was made public, an outcry from community residents was launched on Facebook. It was followed by a zoom meeting held by Community Board 8 on Wednesday, October 13th.

Over 400 people attended. A rep, Erin Drinkwater, from the City of New York, defended the proposal while irate neighbors held sway over the City Hall missive. Her words fell upon deaf ears. The “I'm mad as hell and I'm not going to take it any more.” mantra had begun to take effect.

Also in attendance was the proposed contractor, Matthew Okebiyi an accomplished Nigerian born entrepreneur and the son of Nigerian diplomats.

Okebiyi's experience with social services began in 1998. He formed the African American Planning Commission also known as AACPI, which established a domestic violence center in an undisclosed borough. Other facilities followed to fulfill the needs of persons with HIV and temporary housing for the homeless in general.

All housing for the general homeless population sponsored by AACPI. is situated in low income areas throughout Queens. The Bronx and Brooklyn.

On March 8, 2019, Randy Santos 24, a resident of the Hotel Fortune, which was managed by AACPI, sexually assaulted a female employee who was in the process of letting him into a room.

Six months later, and no longer residing at the Hotel Fortune, Santos was charged with bludgeoning four homeless men to death in unprovoked attacks in Chinatown. At that time, he had fourteen prior arrests.

Yet, both DHS and Okebiyi propose to provide a well managed operation that will not interfere with the North Riverdale neighborhood.

Ruby and her family own King Wok. The Chinese take out restaurant has been a staple in the community for twenty five years. She was raised nearby. They have been told that although they have a four year lease, there is the probability that the building will be razed where their business is located. They will have to start all over again.

Homeowners are deeply concerned. The average price of single family houses surrounding 6661 Broadway is $800k. Owners work diligently to maintain the pristine appearance of the largest investments they have ever made. Pumpkins, American flags, and the occasional baby carriage dot the landscape. Children run and bounce along the sidewalk with abandon. It is a good life for families.

Contrary to statements made by Erin Drinkwater at the zoom meeting regarding, the drop in property values, it has been shown that homeless shelters do cause a decline. Learn more in New York Times here.

A tremendous amount of money is involved. Will the AACP budget allow for all the expenditures necessary? Learn more in New York Times here.

If not, will more residents be added to boost revenue? In addition, due to the fact that the proposed shelter is on the border of Yonkers, has there been an outreach to the City of Yonkers soliciting cooperation? Yonkers is presently experiencing an increase in crime. As a result, policing strategy has changed and personnel placed in high crime areas. Can Yonkers police handle cross border incidents related to the proposed shelter?

West 262nd Street and Broadway stands significant. The outcome is poised to impact the future of tidy middle and upper middle income residents who labored tirelessly to earn their “piece of the rock.” A poorly operated shelter could signal the destruction of the neighborhood. as well as the political aspirations of elected officials involved.

Both Alessandra Biaggi and Jamal Bowman have adopted a “wait and see” position. Although they sent political aids to the zoom meeting, they have yet to make an official statement either for or against.

Biaggi's term is up in 2022 and Bowman's in 2023. Both garnered huge support in the Riverdale community. And although both benefited from the Democratic Progressive wing agenda as well as endorsements from political superstars such as Elizabeth Warren and Hillary Clinton, that was yesterday.

Today, the people of North Riverdale are restless. A rally was held on October 16th 2021 at the proposed site. A large crowd gathered at 10:30am. They carried signs and chanted in protest. They took a break from raking leaves and playing with the grandchildren. They moved appointments at the beauty salon to be there. They caucused with familiar faces and chatted with new ones. Their sense of betrayal is palpable.

It is different this time because the people are mad as hell and they aren't going to take it anymore.