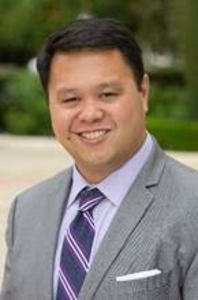 Empire City Casino by MGM Resorts (“Empire City”) has announced gaming and hospitality veteran Ed Domingo as President and Chief Operating Officer. Domingo is being promoted from his position as Empire City’s Senior Vice President and Chief Financial Officer. He will be responsible for overseeing the day-to-day operations of the country’s sixth largest gaming floor and the 120-year-old historic Yonkers Raceway, in addition to its 1,000+ employees, and the overall experience of its nine million annual visitors.

“Ed’s extensive experience and passion are assets that will serve Empire City and the community greatly,” said Jorge Perez, Regional Portfolio President, MGM Resorts International. “Empire City is a cornerstone in Yonkers, and it has been a privilege to introduce MGM over the last year and continue to support more than 1,000 jobs and bring exceptional experiences to our guests. Ed’s vision will continue moving us forward.”

“This is a very exciting time as we work towards securing a full commercial casino license that will expand our offerings and grow Empire City into a full-fledged entertainment and gaming destination,” said Domingo. “Having worked in casino resorts in major metropolitan areas, I recognize the extraordinary opportunity the downstate New York market presents. I’m also grateful to be part of the vibrant Yonkers community and the exceptional team at Empire City.”

Domingo, a first-generation Filipino American born and raised in Dallas, Texas, has lived all over the United States, including New York City, Raleigh-Durham, Boston, Chicago, and Las Vegas. He holds a Bachelor of Arts degree from Duke University, a Juris Doctor degree from New York University School of Law, and a Master of Business Administration from Duke University’s Fuqua School of Business. He resides in Westchester County with his wife, twin eight-year-old daughters and two dogs.