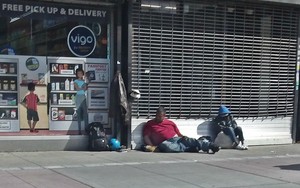 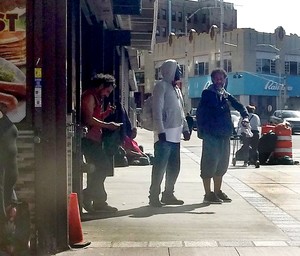 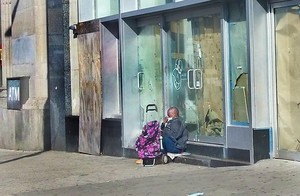 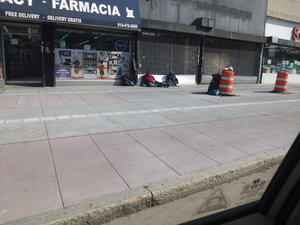 Yet many homeless prefer to remain in the street for fear that they might contract the virus in those overcrowded shelters. This poses a problem not only to them but to the public. Most homeless people wear no masks and have  limited access to sanitation. This puts us all at risk. That risk exists in the downtown area comprising two zip codes, 10701 and 10705. Eventually that risk will spread to nearby zip codes in Yonkers.

Spano said breaking down the number of cases by zip code is a necessity to slow the spread of the virus. Once the city had firm numbers, they informed state officials who set up a testing site, within walking distance for residents who live in the 10701 zip code. -LoHud"
But the homeless are not getting tested and they are not wearing masks. They are congregating in the front of local businesses, defecating in public areas, and yearning for rescue.  Appeals for housing and emergency social service programs have gone unheeded. Yet their appeals in the form of panhandling increase each day even though it violates personal space.

Recently, the Yonkers City Council passed a bill that bans aggressive panhandling. The bill was presumptively in response to newly minted Yonkers waterfront residents being hassled by the "locals.".

"Police Commissioner John Mueller told the Legislative and Codes Committee last week the legislation is in response to resident's complaints about invasive panhandling. People are having a hard time, in some cases, walking from the train back to their apartment buildings,” said Mueller. The begging by ATMs has been particularly problematic, he said.- Lo Hud"