Details
Published on Friday, 04 January 2019 16:02
Written by Press release from the office of Senator Sue Serrano 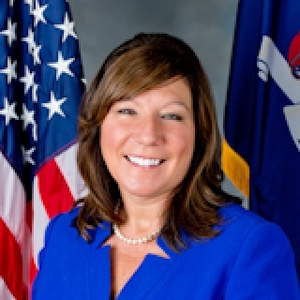 ALBANY, NY—Senator Sue Serino today announced that she has been named Ranking Member of both the Senate’s Aging and Social Services Committees.

Senator Sue Serino said, “Since taking office, I have worked tirelessly to ensure that New York’s seniors have a strong voice in Albany and I am honored to be able to continue my work on their behalf as the Committee’s Ranking Member. I look forward to taking on the new challenge of serving as the ranker on the Social Services Committee, as well as working with colleagues old and new to ensure that New York’s seniors have the resources they need to age with dignity in the communities they know and love.”

Since taking office in 2015, Serino has served as the Senate’s Aging Committee Chairperson and has championed initiatives to secure critical funding for senior services and to raise awareness for the prevention of elder abuse.

Serino utilized the announcement to continue her call for increased funding for seniors in this year’s State Budget saying, “I look forward to working with the new Chair to ensure that our seniors get their fair share in this year’s State Budget. As the Governor works to finalize his Executive Budget Proposal in the coming days, I encourage him to ‘Step Up for Seniors’ and make funding for the services they depend on a priority.”