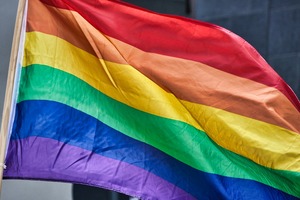 The Supreme Court has made history, affirming what we've long known in New York: that all Americans, including LGBTQ people, must be protected from discrimination in the workplace.

New York State was the birthplace of the modern LGBTQ rights movement and has long been the nation's torchbearer of equality. Seventy-five years ago, we were the first state to enact a Human Rights Law, and we have since strengthened our laws to protect LGBTQ New Yorkers from discrimination - groundbreaking protections, which will now extend to the millions of LGBTQ Americans in every state across the country.

This landmark victory serves as a direct rebuke to the Trump Administration's decision last week to roll back healthcare nondiscrimination protections for LGBTQ people and is a reminder that regardless of who you are or who you love - discrimination is immoral, illegal, and incompatible with the idea of America.

Now, the Senate must act and pass the Equality Act, which will expand federal anti-discrimination protections for LGBTQ people to housing, education, public accommodations, and beyond - just like we have in New York State.