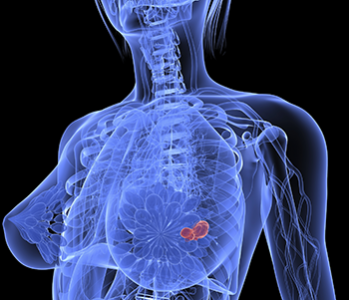 Scientists at the Food and Drug Administration are studying the next generation of screening and diagnostic devices, some of which borrow from the world of entertainment. Soon, three-dimensional (3D) images in actual 3D might help your doctor find hidden tumors and better diagnose cancers, thanks to the regulatory work being done by a team at FDA’s Division of Imaging, Diagnostics, and Software Reliability.

The team is led by Division Director Kyle Myers, a physicist with a Ph.D. in optical sciences. It includes Aldo Badano, Ph.D., a world-renowned expert in display evaluation technology, and Brian Garra, M.D., a diagnostic radiologist doing research in regulatory science at FDA.

They are studying how clinicians receive visual information and analyze it to diagnose a disease. At the center of their research are breast cancer screening devices, which are making the leap from traditional two-dimensional (2D) screening such as mammography to 3D breast tomosynthesis, 3D ultrasound and breast computerized tomography (CT). This technology is very exploratory and years away from becoming standard in your doctor’s office.

There are many new technologies being developed for breast cancer screening, especially 3D alternatives that may eventually replace today’s 2D mammography. FDA has already approved two of these state-of-the-art devices: The Selenia Dimensions 3D System, which provides 3D breast tomosynthesis images of the breast for breast cancer diagnosis; and the GE Healthcare SenoClaire, which uses a combination of 2D mammogram images and 3D breast tomosynthesis images.

The technologies under development include 3D breast tomosynthesis, which artificially creates 3D images of the breast from a limited set of 2D images. Tomosynthesis reveals sections of the breast that can be hidden by overlapping tissue in a standard mammogram.

“The problem of overlapping shadows has confounded breast cancer screening because mammograms don’t show cancers that are hidden by overlapping tissue,” Myers says. And compounding the problem is overlapping tissue that can look like cancer but isn’t. “The new technologies we’re studying overcome these barriers,” she adds.

Another benefit of 3D breast tomosynthesis: It’s more accurate than mammography in pinpointing the size and location of cancer tumors in dense breast tissue, Myers says. With 3D breast tomosynthesis, doctors can detect abnormalities earlier and better see small tumors because the images are clearer and have greater contrast.

“Clinical studies have shown that 3D breast tomosynthesis can increase the cancer detection rate, reduce the number of women sent for biopsy who don’t have cancer, or achieve some balance of these two goals of this new screening technology,” she adds.

There’s also a lot of research and development in 3D ultrasound, which automatically scans the breast and generates 3D data that can be sliced and examined from any direction. Garra, who is a leader in this field, says 3D ultrasound improves breast cancer detection in women with dense breast tissue.

“Both 3D breast tomosynthesis and 3D ultrasound detect breast cancer. But for radiologists and other doctors, there are many more images to examine, and that can reduce the speed at which studies can be interpreted,” he says.

Another promising technology—the dedicated breast CT system—creates a full 3D representation of the breast. The scan is taken while the patient lies face down on a bed with her breast suspended through a cup and the X-ray machine rotates around it. For patients, the procedure is more comfortable than regular mammography because the breast isn’t compressed. Also, there’s less radiation exposure than during a CT exam of the entire chest because only the breast is exposed to X-rays.

Health care practitioners using this technology have to learn how to read and interpret hundreds of high-resolution images produced by the scanner. But what makes the task easier is that the images have less distortion than mammography, and the system is optimized to differentiate between the breast’s soft tissue and cancer tissue.

“These images will be very different from 2D mammograms. They’re truly 3D images of the breast from any orientation. You can scroll through the slices—up and down, left and right—and get a unique view of the breast like never before,” Myers says. “It gives doctors tremendous freedom in how they look at the interior of the breast and evaluate its structures. It’s almost like seeing the anatomy itself.”

New Era in How We See

How can radiologists look at these images and convert them into three dimensions? That’s where Badano’s work comes in. His research lab is exploring various display device technologies to improve how radiologists review 3D images. The studied technologies include devices supported by mobile technologies and special-purpose 3D displays developed specifically for 3D imaging systems.

“These are no longer conventional images, so you need to examine them in the 3D space,” he says. “Using a 2D display might no longer be ideal.” Device manufacturers are building on technologies developed primarily for other markets, including the gaming industry, to show 3D images in actual 3D. But the work is painstaking and far from ready for a medical use.

“As people have experienced in movie theaters and when playing videogames, 3D displays have problems, including the image resolution and added noise. When wearing 3D glasses, our brain needs to separate the images from the left eye and the right eye and reconstruct a 3D object,” Badano says. “In the lab, we’re doing experiments to see how different technologies handle these tradeoffs.”

One of the challenges is that 3D displays for medical imaging require better resolution. For a medical use, the specifications are high—“and so are the stakes,” he adds.

This article appears on FDA's Consumer Updates page, which features the latest on all FDA-regulated products.