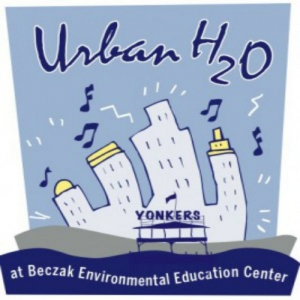 18 artists, 3 pubs, 2 James Beard award nominees, a brewery, a gourmet market, a farm, an orchard, an environmental center (and one unfortunate pig) contribute to the revitalization of Yonker's cultural landscape.

In its fifth successful year Urban H2O is a cultural beacon on the industrial waterfront of downtown Yonkers. Presenting the best local, regional, and national performers,Urban H2O's Summer/Fall 2014 season pushes the boundaries of the coffeehouse format with a mix of Bluegrass, Folk and Indie Pop. With new shows scheduled to begin on July 19th, the not-for-profit presenter is expanding its offerings to include a musical pub crawl, a family music show, a musical pig roast and "How 'bout Them Apples?", a farm-to-table dinner concert celebrating New York's apple harvest featuring two James Beard nominated chefs (Xaviar's Peter Kelly andRestaurant North's Eric Gabrynowicz) and local pig roast master, Dave DiBari of The Cookery

"We've really taken off this year," says Urban H2O founder and artistic director, Mark Miller "and we have not done it alone. In addition to our long standing relationship withThe Captain Lawrence Brewing Company, we've added Kingsbridge's Garden Gourmet Market as a sponsor and entered into very productive working relationships with local businesses, institutions and advocacy groups. An unexpected and generous donation from friends of the series allowed us to be much more adventurous in designing the new season. There is a different energy right now. Everyone here is pulling together at a grass-roots level and really making things happen."

Miller is taking advantage of this upswing in support and cooperation to keep Urban H2O's events as open to all and affordable as possible. Typical shows are $10 at the door. Through sponsorships, the craft beer is always free and food at most shows is available on a 'suggested donation' basis. Urban H2O has also benefited greatly from logistical and staffing support from the new Sarah Lawrence Center For The Urban River with whom it shares Beczak's waterfront home. "We are firmly committed to charging the lowest possible admission price and asking people to 'pay what they can'. The added donations go directly to the artists and causes that we are supporting. The last few months have shown that if we keep doing the right thing for the musicians, the community and our partners, support for our efforts will be there." says Miller.

Even November 15th's "How 'bout Them Apples?" farm-to-table benefit dinner featuring a hard cider tasting by Rick Lewitt of Breezy Hill, free craft beer fromCaptain Lawrence, a multi-course dinner from Westchester's most outstanding chefs, dessert, a goody bag from Anna Artuso's Pastry Shop and great music is priced at only $75. By working closely with Sara Grady of sustainable agriculture advocate Glynwood Farms, Miller was able to entice all three chefs, the brewer, the baker and the cider maker to donate their time and make the event work as a fund raiser.