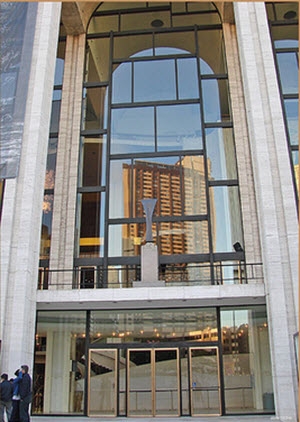 Orchestra Musicians Denounce Gelb's Long-Planned Lockout as a "Cynical strategy to cover up his failed management and
lack of artistic vision".

Local 802, American Federation of Musicians, and the Metropolitan Opera Orchestra musicians are dismayed that Peter Gelb has pursued a cynical strategy calculated to result in a lockout of his artists and craftspeople and imperil the upcoming Met Opera season. His callousness, combined with his attempt to cover up his failed management and lack of artistic vision that has resulted in declining audiences and plummeting ticket sales, jeopardizes the livelihoods of his employees and the many businesses in New York City's cultural sector and the Lincoln Center area that depend on the Metropolitan Opera for their incomes.For months, Gelb has purposely refused to provide essential financial information that would have allowed substantive, good-faith negotiations to proceed, instead making erroneous claims in the press in the run-up to his long-planned lockout.

If the Met in fact is facing financial difficulties it is due to Peter Gelb's lavish overspending on productions that have been poorly received by critics and audiences. At the initial negotiating session scheduled for this Friday, July 25th, the musicians plan to propose ideas that would allow the Metropolitan Opera to realize over $20 Million in cost-savings and avoid draconian cuts to its artists. That Peter Gelb would announce the prospect of a lockout before the start of negotiations with the musicians, choristers, stagehands and other segments of the workforce is indicative of his disrespect for his audience, his artists and the City of New York.

The loss to the City's economy as a result of a lockout will be in the hundreds of millions of dollars – first, the $327 million that the Met spends on salaries, sets, costumes and on many other vendors/services will be lost; on top of that, the losses to restaurants and hotels, especially those in the immediate vicinity of Lincoln Center, will be devastating given that the Met has 3,800 seats and its audience represents a high proportion of local restaurant and hotel patronage during the opera season.

Peter Gelb should engage in good-faith negotiations with the intent of salvaging the upcoming season rather than moving to arbitrarily shut down the iconic and beloved Metropolitan Opera.