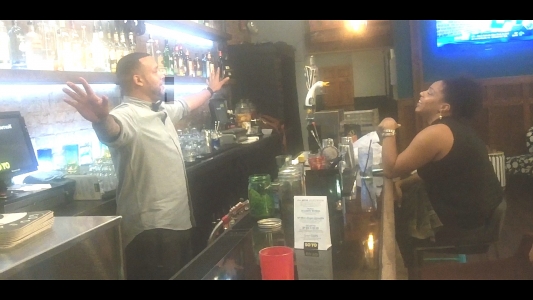 The SOYO Craft Bar is now officially open.  A ribbon cutting ceremony was held yesterday signalling the passing of the old into the new.  The rough and tumble of the establishment, previously known as Undisputed has been replaced with hipster chic.  The bar was transformed due to the intervention of Bar Rescue, a legendary cable TV reality show that reinvents failing pubs.  SOYO Craft Bar is scheduled to be featured in an upcoming episode in the fall lineup.

Mixologist, Blue, shows the audience how to "fire up" a drink.  Check out the video at this link.  Warning: Keep a fire extinguisher close by while you watch this short video.