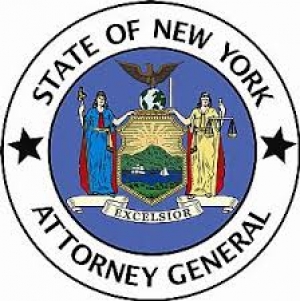 Attorney General Eric T. Schneiderman today issued a consumer alert about a scam targeting school districts across New York and at least 21 other states. The scam involves a bogus company named Scholastic School Supply mailing phony invoices to school districts in the hope of receiving payments without rendering goods or services. One Rochester-area school district contacted the Attorney General’s Office to report receiving an invoice in the amount of $657.50 for an English Language Arts Practice Book that was never purchased or supplied. The scammer even included a self-addressed stamped envelope along with the fraudulent invoice. At least four other school districts in New York State have also reported receiving these invoices.

“Schools across New York State should be on the lookout for fraudulent invoices from scammers seeking to rip off our children to make a buck,” said Attorney General Schneiderman. “From the big banks that precipitated the housing crisis to the scam artists who defraud consumers, the law applies to everyone equally, and it is our mission to hold fraudsters accountable.”

Scholastic School Supply has mailed invoices with a return address listed as 1350 E. Flamingo Rd. Suite 820, Las Vegas, NV 89110. There have also been reports of the scam in other states across the country. Invoices include book details such as the book format (i.e. paperback workbook), publication date, the number of pages, the weight, and even the ISBN.

The Better Business Bureau has reported that, as of earlier this month, it has received at least 51 complaints from school districts in 22 states and over 2,300 inquiries regarding this scam.