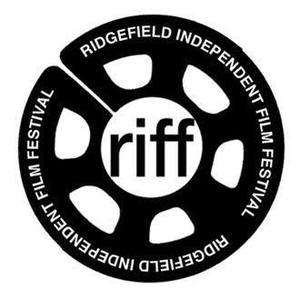 Tickets Are on Sale at www.riffct.org

Dano, a 2002 graduate of Wilton High School, in Connecticut, wrote the adapted screenplay along with Zoe Kazan from Richard Ford’s American classic. Wildlife stars Carey Mulligan, Jake Gyllenhaal, Ed Oxenbourgh, and Bill Camp, and centers on the story of a teenage boy who witnesses the decay of his parent’s marriage after their move to Montana.

Wildlife had its World Premiere at the Sundance Film Festival garnering glowing reviews. The film was screened at Cannes and will be shown at the upcoming Toronto and London film festivals. Wildlife will now screen at RIFF at the Ridgefield Playhouse the day before the film opens in a limited theatrical release on October 19, 2018.

“We’re so honored to present Paul Dano’s extraordinary debut feature, Wildlife at the festival this year,” says Festival Director Megan Smith-Harris. “Though Paul is only in his 30s, his career already spans more than two decades. The depth of his experience—both in front of and behind the camera—comes through in every frame.

Wildlife (Narrative Feature | 2018 | 104 minutes | Directed by Paul Dano | United States) – 14-year-old Joe is the only child of Jeanette and Jerry—a housewife and a golf pro—in a small town in 1960s Montana. Nearby, an uncontrolled forest fire rages close to the Canadian border, and when Jerry loses his job—and his sense of purpose—he decides to join the cause of fighting the fire, leaving his wife and son to fend for themselves. Suddenly forced into the role of an adult, Joe witnesses his mother’s struggle as she tries to keep her head above water. Wildlife is A Sight Unseen, Nine Stories production. Producers: Alex Saks, Paul Dano, Oren Moverman, Ann Ruark, Jake Gyllenhaal, Riva Marker. Executive producer: Zoe Kazan.

This year’s festival will pay tribute to Ridgefield resident and filmmaker Joe Consentino who passed away earlier this year by establishing the “Joe Consentino Emerging Filmmaker Award.” Consentino, a former Boston Red Sox player and successful photographer, was also a director, producer and cinematographer best known for the documentaries Baghdad Diary (2007), Muhammad Ali: The Whole Story (1996) and the TV series “The Big Blue Marble.” He founded the Ridgefield Playhouse Film Society and was renown in the community for his dedication to the craft of filmmaking and supporting new directors.

Six films—four narratives and two documentaries, by first-time feature filmmakers are in competition for the inaugural award: Aren’t You Glad I’m Here directed by Noor Gharzeddine; Mary Goes Round directed by Molly McGlynn; The California No directed by Ned Ehrbar; Dad is Pretty directed by Park-soo-min & Kim seung-hyeob; 2030 directed by Johnny Boston and Tre Maison Dasan directed by Dinali Tiller. The winner will be announced on Thursday, October 18, 2018 at the Ridgefield Playhouse. The “Joe Consentino Emerging Filmmaker Award” is presented by Sandra Consentino.

“RIFF is proud to be one of the first film festivals fully committed to 50/50 gender parity,” says Smith-Harris. “We aren’t crafting a pledge or waiting until 2020 to represent women’s voices and sensibilities on the screen. We’re doing it now. There are six feature films nominated for the Joe Consentino Emerging Filmmaker Award. Three of them are directed by women and three of them are directed by men. That just happened naturally. Why? Because we actively sought submissions from women filmmakers from all over the world to even the playing field. Our over-arching mission is to program “films that inspire.” We feel we’ve truly accomplished that with our programming slate and can’t wait to share our picks with RIFF audiences.”

Opening Night will also include a VIP Filmmaker’s Reception following the Wildlife screening at the Ridgefield Playhouse. Tickets for Opening Night are on sale at www.riffct.org.

About the Ridgefield International Film Festival

RIFF was established in Ridgefield, CT in 2016. This year, the festival received film submissions from 49 different countries. RIFF will program 77 films from 14 countries around the world, including special event screenings with filmmaker Q&As during the four-day festival.

RIFF is an independent subsidiary of TownVibe Fund, a 501 (c) (3) non-profit entity.