Music at the Mansion Returns to Crawford Park 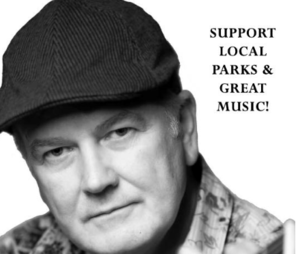 We are pleased to present An Evening of Irish Music on Saturday, October 26, 2019, at 8PM. Appearing will be Irish singer-songwriter Gerry O’Beirne and duo Anna Bosnick & David Sidman. Venue location: 122 North Ridge St., Rye Brook, NY 10573. Tickets are $24 in advance and $28 at the door. Doors open at 7PM. Refreshments are available at the show, including beer and wine.

Singer-songwriter Gerry O’Beirne hales from Dingle, County Kerry, Ireland. A renowned singer, songwriter, record producer and guitarist (6 and 12 string guitar, tiple, and ukulele, slide guitar among others), Gerry grew up in Ireland and in Ghana in West Africa, and has since lived in England, California, and Mexico. Gerry has written songs for Maura O’Connell, Mary Black, and many other great singers. He has toured the world as a solo artist and with the Sharon Shannon Band, Patrick Street, Midnight Well, Andy M. Stewart, Kevin Burke, Andy Irvine, and the Waterboys. He has performed at the White House, opened for the Grateful Dead, played electric guitar with Marianne Faithfull and thought nothing of playing with a Romanian orchestra and choir in a cemetery in Transylvania at night. He has written music for film and theatre and appeared on Garrison Keillor’s A Prairie Home Companion. Recently he has been working with New York composer Peter Gordon on a recording of the music of the legendary Arthur Russell, and recorded recently with Peter Gordon and Tim Burgess of the Charlatans.

Anna Bosnick was first taught to fiddle by her mother, Kristin Smith, a violin teacher and concert master of two local orchestras in her hometown of Port Townsend, WA. She was awarded a performing arts scholarship to Adelphi University and raised money for college by busking and teaching fiddle lessons. Since graduating, she has played with Worthy Fools, Jeff Jacobs, Madison Gerish of Schooley Mountain Band, Nerd Cabaret, and in the New York Shakespeare Festival production of As You Like It in 2011. She currently plays with contra dance band BAD and composes music for independent films, podcasts, and webseries. David Sidman has been guitar-picking melodies on Irish, Old-Time and Bluegrass tunes for over 40 years, performing at festivals and venue such as NEFFA, Theatre80, the Eagle Tavern, Swift’s, Slainte, Passim, and with artists such as Kenny Kosek, Harry Bolick, Christy McNamara, Jimmy Coen and many others. He also plays for the Celtic sword-dance team Half Moon Sword, and is a fixture on the NY contra dance scene with David Sidman’s Elastic Band. As a Jazz player, he has worked with the Harlem Renaissance Orchestra, Leroy Jenkins, Rahn Burton, Ken McIntyre, Danny Mixon, and has performed at the Kool Jazz Festival and The Blue Note.

Photos of the artists are available for download at http://www.friendsofcrawfordpark.org/publicity/ .

Music at the Mansion is presented by Friends of Crawford Park. Crawford Park is a 36-acre preserve located in Rye Brook, NY. The grounds and mansion were donated by the Crawford Family to the Town of Rye in 1971. The park contains an early 20th century mansion, hundreds of mature trees, an expansive lawn, a playground, a large picnic pavilion and a sunken garden. The park has undergone extensive renovation during 2018-2019. Proceeds from all concerts benefit the park.