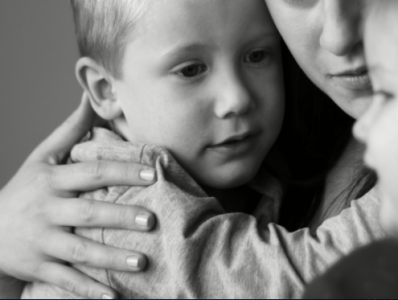 With 4.1 million New Yorkers serving as family caregivers, today U.S. Senator Kirsten Gillibrand reintroduced legislation that would create paid family leave, including maternity and paternity leave, personal medical leave, and spousal support. Gillibrand's Family and Medical Insurance Leave (FAMILY) Act would establish a national, gender-neutral paid family and medical leave insurance program, ensuring that American workers would no longer have to choose between a paycheck and caring for themselves or a family member. The United States is currently the only industrialized nation in the world without any form of paid family leave.

Under current law, companies with more than 50 employees must provide 12 weeks of unpaid leave for new parents, however, it requires no paid leave. The policy covers about 60 percent of the private sector workforce, however many simply cannot afford to take leave because it is unpaid. In fact, only 13 percent of workers in the U.S. have access to paid family leave through their employers, and 37 percent of workers have access to personal medical leave through employer-provided temporary disability insurance.

“When a young parent needs time to care for a newborn child – it should never come down to an outdated policy that lets her boss decide how long it will take – and decide the fate of her career and her future along with it,” said Senator Gillibrand. “When any one of us – man or woman – needs time to care for a dying parent – we should not have to sacrifice our job and risk our future to do the right thing for our family. Choosing between your loved ones and your career and your future is a choice no New Yorker should have to make.”

“In 1986, when I was Chief of Staff to Senator Chris Dodd, I was diagnosed with ovarian cancer. It was an experience I would not wish on anybody,” said Rep. DeLauro. “But in one sense I was lucky; my employer offered paid medical leave. Paid leave helped me get through that difficult time in my life, but many families are not as fortunate. Access to paid family and medical leave should be a fundamental right for all Americans, not a lottery based on where you happen to find work. Helping families who work hard keep their jobs and hang on to their paychecks during a tough period in their lives will boost our economy. There is no reason not to pass the FAMILY Act.”

“It’s mind-blowing that so many workers in the United States don't have the option to take paid leave when they need it,” said Alyssa Mastromonaco, Chief Operating Officer at VICE Media. "Something so essential as spending time with your newborn or a sick family member shouldn't vary by state or by employer. You shouldn’t have to decide what job you take—what you will wake up and do every working day—based on which employer gives you the ability to deal with a crisis. At VICE we're working to strengthen our own policies—but the fact is, this problem won't be solved until we have a national policy that covers all workers. This bill would get us there. Finally.”

“When we increased paid maternity leave at Google from 12 to 18 weeks, we discovered it wasn't just good for mothers, it was good for business, doubling our retention rate amongst mothers,” said Susan Wojcicki, CEO of YouTube. “I’ve personally benefitted from Google's policy, but all working families, regardless of their employer or state of residence, deserve the benefits of paid family leave. That’s why I support the Family and Medical Insurance Leave (FAMILY) Act, a federal bill that would help employees care for their families until they were ready to return to work and help their businesses thrive.”

“This policy is not only good for families and businesses -- it also makes economic sense," said Thomas. R. Nides, Vice Chairman of Morgan Stanley and former Deputy Secretary of State.

“The FAMILY Act is a critical piece of legislation that would help businesses and employees and alike,” says David Levine, CEO & President of the American Sustainable Business Council. “The benefits to productivity and the financial bottom line are well known. This legislation reduces the cost by spreading it through an insurance plan. We no longer have to choose between what is good for business versus what is good for workers. That's why businesses big and small support the bill and want to see Congress approve it.”

“Strong family leave policies help level the playing field between small businesses that want to offer this benefit but can’t, and their larger counterparts that can,” said John Arensmeyer, Founder and CEO of the Small Business Majority. “Small employers know robust family leave policies create a happier and more productive staff, which in turn leads to increased productivity. Many small business owners think of their employees as family, so it’s no surprise they support policies like Senator Gillibrand’s FAMILY Act that enable them to foster a happier workforce while protecting their workers and their bottom line.”

“Access to paid leave has implications that span multiple generations,” explained Olivia Golden,Executive Director at the Center for Law and Social Policy (CLASP). “Without paid leave, working parents risk their families’ economic security when they take leave. When they can’t afford to take it, they are forced to put their children’s health and development at risk. At the same time, a rapidly increasing share of the workforce must care for aging parents or relatives, which adds another dimension to the pressure at home and at work without paid leave.”

“No legislation would do more to make this a family friendly nation than the FAMILY Act. It is simply unacceptable that millions of Americans work hard every day, yet are one birth, accident or illness away from financial devastation because our public policies fail to provide paid leave,” said Debra L. Ness, president of the National Partnership for Women & Families. “We commend Sen. Gillibrand and Rep. DeLauro for championing this urgently needed bill, which is based on successful paid leave insurance programs and has widespread support. Its passage should be a high priority for all members of Congress.”

The lack of paid leave in the United States hits low-income workers and women workers the hardest. Replacing women caregivers who leave their job, is estimated to have cost $3.3 billion to our economy, or one fifth an employee’s annual salary (Family Caregiving Association). New mothers who take paid leave are 54 percent more likely to report wage increases and 39 percent less likely to need public assistance. The steepest declines in work-force participation have come among younger and less-skilled women who most need the work. In terms of caregiving, there are over 43 million caregivers over the age of 50, with many needing to choose between caring for their families and going to work. The need for caregivers will continue to increase as Baby Boomers age, there is an expected 20 percent growth coming over the next 15 years.

Three states have already implemented paid leave legislation – California, New Jersey and Rhode Island. According to a survey conducted by the Center for Economic and Policy Research, 91 percent of employers surveyed in California said the program had a “positive effect” or “no noticeable effect” on profitability. A study by Professor Christopher Ruhm at University of Virginia showed that in California it was 6 percent more likely for a mother to be working one year after giving birth if she took leave. And, according to a Rutgers study commissioned by the National Partnership for Women and Families, in New Jersey it’s 40 percent less likely for a woman to receive food stamps within a year of having her baby when she has paid leave.

Companies like Google/YouTube, Morgan Stanley, VICE and Kinkos among many others see the correlation between the success of their businesses and the satisfaction of employees. But, because paid leave is not a guarantee, many businesses are realizing the costs of inaction. In states that have implemented paid leave, business’ bottom lines have benefited by improved worker retention, reduced benefits costs, and increased worker productivity and morale. Companies with paid leave have reported improved employee loyalty and less turnover; in California, 60 percent of businesses actually cut costs by coordinating their benefits with the state’s program. As Ruth Milkman, a sociologist at the Graduate Center, CUNY was recently quoted in a news report, “For workers who use these programs, they are extremely beneficial. And the business lobby’s predictions about how these programs are really a big burden on employers are not accurate.”

Gillibrand’s FAMILY Act would create an independent trust fund within the Social Security Administration to collect contributions and provide benefits. This trust would be funded by employee and employer contributions of two-tenths of one percent of wages each, creating a self-sufficient program that would not add to the federal budget. The expected cost to the average worker would be similar to the expense of a cup of coffee a week. Benefit levels, modeled on existing successful state programs in New Jersey and California, would equal 66 percent of an individual’s typical monthly wages up to a capped monthly amount that would be indexed for inflation.

Gillibrand’s proposal makes leave available to every individual for up to 60 workdays or 12 weeks regardless of the size of their current employer and regardless of whether such individual is currently employed by an employer, self-employed or currently unemployed, as long as the person has sufficient earnings and work history. Under this plan, workers would be able to address their own serious health condition, including pregnancy or childbirth, and those of their loved ones – whether it’s caring for a new child or a seriously ill parent, spouse, or partner.

Across New York, small businesses favor paid family leave. According to a 2013 poll conducted by the Small Business Majority, 6 in 10 New York entrepreneurs support setting up publicly administered family and medical leave insurance pools that would provide employees with a portion of their wages for a limited number of weeks, allowing them to care for a new a baby or seriously ill family member. Nearly 8 in 10 New York small business owners have some type of policy – formal or informal – in place when it comes to family medical leave and parental leave.