Radiocarbon Dating & Archeology of Junius Bird at Meeting House May 18 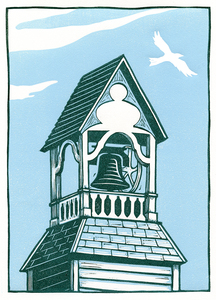 The Bird Homestead and Meeting House Conservancy will present a lecture by the archeologist Thomas Amorosi, Ph.D. on Saturday, May 18 at 3 pm at the Meeting House on Milton Road. He will speak on radiocarbon dating and the pioneering work of Junius Bird of the Bird Homestead at Fell’s Cave in southern Chile. Dr. Amorosi will explain the science of radiocarbon dating and how it affects the interpretation of archeological finds.

In 2008 a Texas A & M University publication stated, “Three quarters of a century ago Junius Bird stunned the archaeological community when he found evidence of early Americans--as early as the newly discovered Clovis culture—as far distant from Clovis, New Mexico, as it’s possible to travel in the New World: at the tip of South America, in caves atop a lava field a stone’s throw from the Straits of Magellan.”

Dr. Amorosi teaches Biological Anthropology, Human Evolution, and Forensic Anthropology at SUNY New Paltz. He is a Research Associate at the American Museum of Natural History, where Junius Bird (1907-1982) was Curator of South American Archeology. Junius Bird has been called a superstar in the field of archeology. This will be the sixth and final lecture in the series “When Science Meets History,” which is funded in part by a grant from the National Trust for Historic Preservation.