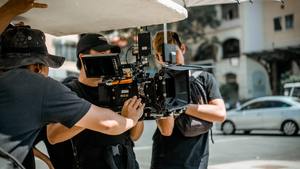 As Westchester County starts back up again in Phase Four of the New York Forward Plan for reopening, media production has resumed in the County – long a hot destination for the film and television industries.

County Executive George Latimer noted: “It’s not surprising that production companies want to be back in Westchester County. Our diverse locations and landscapes offer a breath of fresh air and ample space for film, television, and commercial production crews to safely set up and socially distance on set. We are really excited to welcome them back.”

With a small commercial production just completed in the Village of Mamaroneck, a music video shoot scheduled at Playland later this month, and several other productions considering locations, Westchester is on its way back.

WCTF Director Natasha Caputo said: “We are eager to help jump-start film production in Westchester. We can help you scout a location, and connect you to local crews and services. What’s more, we are well-versed in the latest state guidelines and health and safety protocols, and we’re ready to help expedite the permitting process.”

Village of Mamaroneck Mayor Tom Murphy said: “Mamaroneck is happy to host this production.  We are glad to see economic activity returning safely, both to the Village and to Westchester County.”

Location manager Les Fincher worked with WCTF and village officials on the recent one-day pharma commercial shoot. With new maximum occupancy guidelines in mind, Fincher secured two, side-by-side homes for filming; one property served as the set location and the other as space for the 37-member production crew, who were fully masked. Separate pop-up tents housed production departments; equipment was frequently cleaned and disinfected; food service was set up in individual portions; and communication between the director, producer, and talent occurred via a remote online platform. Fincher said the film office was instrumental in facilitating production.

Fincher said: “Westchester made it easy for us to get back to set, safely and smartly. We were able to find the locations we needed, obtain permits, and enjoy the cooperation of the town and neighborhood. There were adjustments, but once we started, the creative process was the same. It felt normal. We were happy to back to work.”

Prior to the shutdown, Westchester was experiencing a film boom. Inquiries from location scouts about Westchester locations were up 28 percent, year to date, over last year, with production days seeing a 40 percent rise. In addition, revenue from film permitting at county-owned properties was up more than 70 percent.

Latimer added: “The film industry is an important economic driver for the County and its local communities, which also benefit from film and television production. This will play an important role in our recovery from the COVID-19 pandemic.”

Caputo added: “Westchester County is a top destination for film production because of the vast array of film-friendly locations we offer within the New York City film zone. We’re within easy reach and we offer hands-on support to make it easy to film here. In these challenging times, we’re here to help troubleshoot, solve problems, and provide assistance in any way we can.”

Westchester County Tourism & Film is the official destination marketing organization of Westchester, N.Y.  Its mission is to generate economic benefits for the County by enhancing and promoting its image as a premier Hudson Valley business and leisure destination. Encompassing big cities, small towns, farms, and vast expanses of natural beauty, Westchester is easily accessible by car, its own regional airport (HPN) and three major rail lines. Accommodation choices range from independent to internationally branded hotels and conference centers.  Learn more at visitwestchesterny.com and connect on Facebook, Twitter and Instagram.