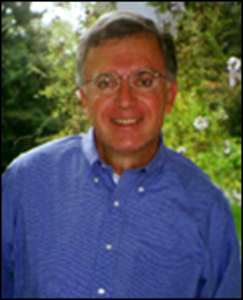 Dr. Joseph M. Pastore, Jr., a resident of Briarcliff Manor for over forty years and Professor Emeritus in Residence, Lubin School of Business, Pace University, died on May 13, 2019. Dr. Pastore was born in Harrison, New York on December 1, 1941 to Joseph M. Pastore and Frances Pastore. He was an extremely generous and kind person, always charitable and supportive of those in need. He was a tremendous counselor to generations of students, and a voice of wisdom to his beloved family.

Dr. Pastore has held tenured faculty appointments at St. Bonaventure University, Pace University, and Boston College for more than four decades, to include academic leadership service at each of those institutions over the course of twenty-five years. While at St. Bonaventure University, he served as Dean of the School of Business and later as Vice President and Provost. At Pace University, he served as Dean of the Lubin School of Business, Executive Vice President for Academic Affairs, and University Provost. At Boston College, Dr. Pastore served as Executive Vice President. He was also a Visiting Scholar at the Columbia Business School in 1988. Beyond teaching, Dr. Pastore has authored, co-authored, or edited over 150 articles, monographs, papers, book chapters, “op ed” pieces, arbitration awards, and served as a commentator for print, radio, electronic, and television media.

From 1986-2006, he served by special appointment by the U.S. District Court for the Southern District of New York as Monitor and Special Master overseeing the Order to Desegregate the Yonkers Public Schools in Yonkers, New York. He is credited with mediating a $300 million settlement of that case, thereby ending twenty-five years of complex litigation involving the U. S. Department of Justice, the State of New York, the City of Yonkers, the Yonkers Public Schools, and the NAACP.

Dr. Pastore has been active, again on a pro bono basis, in a variety of community and professional organizations to include membership on the Alumni Council of the Institute for Educational Management at Harvard University; as a Trustee and former Chair of the Board of Trustees of Siena College; as a member of the Bucknell University Business Advisory Board; as a member of the President’s Council, Northern Westchester Hospital Center; as Chair of the Architectural Review Committee for Briarcliff Manor, New York; and, as a Director and Chair of the Board for Abbott House, a child care agency in Irvington, N.Y.

Dr. Pastore and his wife, Pattie, reside in Briarcliff Manor, New York. They have been married for over 53 years. They have three adult children, Joe (Donna), Meredith (Lincoln) and Tim (DeAnna), and eight grandchildren (William, Kirsten, Joey, Jamie, Annie, Jillian, Riley and Timmy), each of whom admire and adore their Father/Papa beyond words. And, he admired and adored them. He was also a terrific baseball coach, winning two Briarcliff little league titles with his two sons. With all his professional and personal accomplishments, he always held a special place in his heart for his alma mater St. Bonaventure and their often underdog, but successful, basketball team. He is also survived by his brother Robert Pastore of Scottsdale, Arizona.