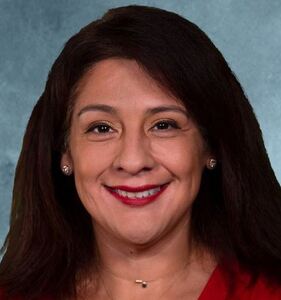 Westchester County Executive George Latimer is proud to announce the promotion of Blanca Lopez, M.S. to serve as the County’s new Assistant Director of Operations.

Currently, Lopez serves the County as an adviser on Fair and Affordable Housing.  She also serves as liaison to various county departments such as Planning, Probation, Correction, Emergency Services, Human Rights Commission and the Office for People with Disabilities. Since June, she has also served as the Team Leader for Staff Liaisons for the County’s Police Reform Task Force.

Latimer said: “Blanca is an integral part of our decision making team and has shown her immense abilities – particularly on her work during Census 2020 and the Housing Needs Assessment – during these past three years. Her dedication to the people of this County is on display every day. This promotion is well-earned.”

López said: “Working with County Executive Latimer each day to serve the people of this County is an honor. I look forward to continuing our great work on behalf of the hardworking residents of the County in this new role.”

As Assistant Director, Blanca will lead oversight of all county housing related programs, oversee the recommendations and implementation of new policies coming out of the Police Reform Task Force across all County departments, and continue to work with the Probation Department on Raise the Age implementation.

López’s experience span the areas of housing, community development, immigration, education and nonprofit management.  She is an advocate for affordable housing and community services for vulnerable families and individuals living in Westchester County. She was born in Peru, and migrated to the United States at 8 years of age.

Director of Operations Joan McDonald said: “Blanca has been a key member of the Operations team since Day 1. We know she will continue to advance these important initiatives in her new role.”

López has a Bachelor’s Degree in Latin American and Latino Studies from Fordham University and a Master’s Degree in Urban & Public Policy and Management from the New School University.  She is a Fellow of the New York Immigration and Social Justice Institute’s Immigrant Advocacy Fellowship Program and was honored by The Business Council of Westchester as one of Forty under Forty Rising Stars in 2011.

López is also the first Latina elected to office in the Villages of Port Chester and Rye Brook, serving as Trustee for the Port Chester-Rye Union Free Board of Education from 2009 through 2012.  In 2016, she was recognized by then New York State Senator George Latimer for her noteworthy achievements as part of the Women of Distinction event Honoring Women in New York.