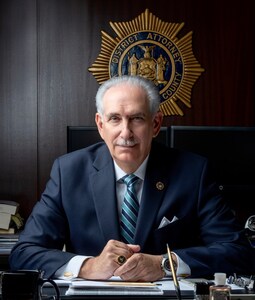 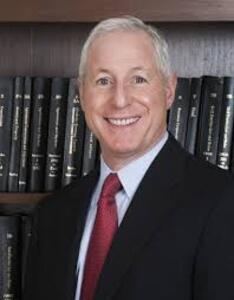 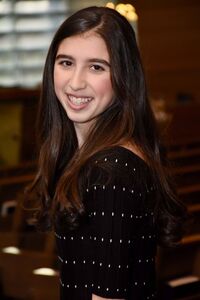 “I am incredibly pleased to recognize Anthony Scarpino and Paul Noto for their significant contributions to making Westchester County a more just place for all,” said Latimer. “Today, we honor them for their leadership and steadfast commitment to public service."

Scarpino and Noto both recently joined the Westchester-based private law firm Dorf & Nelson LLP as partners in the Litigation Department.

“Public service is in my DNA,” said Scarpino, who served as Westchester County District Attorney from 2017 to 2020, overseeing a staff of 120 assistant district attorneys, 34 criminal investigators and 85 support staff personnel. “For as long as I can remember, my desire has been to serve and protect people. Being able to do just that throughout my career from my time as an FBI agent, a judge, to the DA of Westchester County, I can say I never felt I worked a day in my life. It’s been truly an honor serving the people of Westchester County.”

Noto was Deputy District Attorney and Special Counsel under Scarpino from 2016 to 2020, advising the DA on significant matters related to cases and policy initiatives.

“I have always viewed public service as a force for good. It is one way you can have a positive impact on people’s lives,” said Noto.

As DA, Scarpino enacted sweeping criminal justice reform, including putting in place the Discovery statute, ending cash-bail and pre-trial detention for non-qualifying cases, and "Raising the Age" for teen offenders. He also spent 30 years as a judge in and around Westchester County, including on the New York State Supreme Court for the Ninth Judicial District. Scarpino was elected Westchester County Surrogate in 2000, and re-elected in 2010. Earlier in his career, Scarpino was a Special Agent for the Federal Bureau of Investigation.

Noto was mayor of the Village of Mamaroneck, N.Y., from 1985 to 1993 and served on the Westchester County Board of Legislators. As mayor, Noto expanded affordable housing options, including building senior housing. He also adopted a Local Waterfront Revitalization Plan resulting in zoning changes that protected the Mamaroneck waterfront. As County Legislator, he worked to limit airport expansion and co-authored groundbreaking reports on the challenges facing victims of domestic violence and child abuse.

Scarpino and Noto were presented awards by Jon A. Dorf, managing partner, Dorf & Nelson, and Jonathan B. Nelson, chair of the Litigation Department, Dorf & Nelson, in appreciation of their work.

“Public service is and always has been at the heart of our profession,” said Dorf. “We’re so pleased to recognize both Tony and Paul, esteemed community leaders, who have made a career out of building trust in the profession and making public service a priority.”

“An important measure of our firm is its character and the manner in which we give back to the community where we live and work,” said Nelson. “Today we celebrate two individuals who embody our ideals and values.”

Rounding out the event was Westchester’s First Youth Poet Laureate, Danielle Kohn of Scarsdale, N.Y., who spoke about the importance of public service.