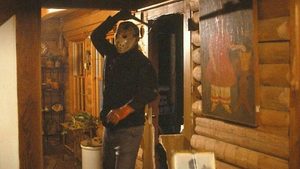 On Friday, October 25 get ready to stay up all night as the Jacob Burns Film Center present’s their sixth annual Halloween Movie Marathon

The Lodge follows a family who retreat to their remote winter cabin over the holidays. When the father is forced to abruptly depart for work, he leaves his children, Aidan and Mia in the care of his new girlfriend, Grace. Isolated and alone, a blizzard traps them inside the lodge as terrifying events summon specters from Grace’s dark past. Set for release November 15.

Chopping Mall Featuring commentary from the cast of We Hate Movies

A group of teens sneak into a mall for a debaucherous night of partying and fooling around… in a furniture store? But they soon find themselves confronted with a team of blood-thirsty, high-tech Robo-killers!

In a remote Alpine village in the 15th century, the orphan Albrun grows up to become a marked woman. The plague she conjures makes human cruelty look pathetic and small by comparison.

When a famous singer dies from a mysterious illness, her family feels her presence linger, and a horrifying saga begins. Oldest daughter, Rini and her siblings care for their sick mother in the countryside, but after the matriarch passes away, evil entities terrorize and even possess the family.

A Nightmare On Elm Street

35th Anniversary Screening! In quiet Springwood, Ohio, a group of teenagers  are terrorized by the specter of Freddy Krueger, a child murderer who stalks them in their dreams, making them terrified to go to sleep.

Friday The 13th: The Final Chapter

An unseen evil haunts the homestead in this chilling, folkloric tale of madness, paranoia, and otherworldly terror. Lizzy is a tough, resourceful frontierswoman settling a remote stretch of land on the 19th-century American frontier. Isolated from civilization in a desolate wilderness where the wind never stops howling, she begins to sense a sinister presence that seems to be borne of the land itself.

Brilliant, up-and-coming painter, Dezzy,  facing the worst creative block of her life—and on deadline for a new gallery show—turns to anything she can, including hot new designer drug Bliss, to complete her masterpiece. While Bliss seems to smash through Dezzy’s artistic wall, it also comes with some pretty serious side effects that send her spiraling into a hallucinatory hellscape of drugs, sex, and murder in the sleazy underbelly of Los Angeles.

45th Anniversary Screening! When sorority sisters find themselves under attack from a vicious killer fond of making obscene phone calls, it’s up to police chef John Saxon to even the odds.

One Cut Of The Dead

While shooting a low-budget zombie film in an abandoned warehouse, the cast and crew find themselves caught between actual zombies and a mad director who won’t stop rolling.