Playland Park Will Remain Closed For The 2020 Season 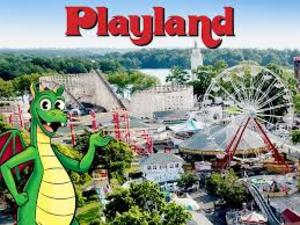 With the health of Westchester residents and regional visitors on the top of everyone’s mind amid the COVID-19 pandemic, coupled with the difficulties of social distancing and sanitizing in a crowded park, Westchester County Executive George Latimer has announced that the amusement park at Playland Park in Rye will remain closed for the 2020 season.

Playland’s beach is open to Westchester residents, Tuesdays through Sundays. The pool is closed.

Latimer said: “As we’ve gone through the spread of the contagion and we started going through phase 1, and phase 2, and phase 3 – which is what we’re in now, there was not enough significant improvement to justify what happens when 8,000 people go to one place at one time. It’s analogous to what we face at the Kensico Dam Plaza with the ethnic festivals. So with that thought in mind, we delayed this decision. We lost Memorial Day Weekend as a revenue, we announced originally that it would stay closed to mid-July hoping that things would get better and knowing that the Governor’s Executive Order still kept in closed, but you know if things got better we’d reach out and make a case for why it should open, but realistically we’re at a point right now where we couldn’t make that case any further.”

The park’s regular season opening would have been May 9 this year. Aside from the public-health concerns, the park faced other factors that impeded preparations for the season, including restrictions on in-person hiring and training due to NYS on PAUSE guidelines and supply-chain interruptions early on.

While the amusement park, pool and other attractions will be closed to the public this year, this pause in operations during the warm weather also gives park management and staff an opportunity to advance some maintenance projects. These projects are addition to staff’s regular duties of maintaining each ride as the attractions cannot sit idle for long periods. Maintenance will also include the usual seasonal breakdown and winterization of rides and grounds.

The park will host two drive-in movies this year on Friday nights, July 24 and August 7. Details to be announced soon.

For information about Playland go to playlandpark.org