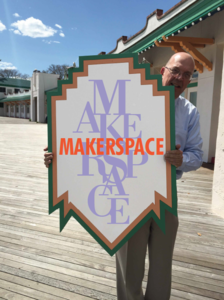 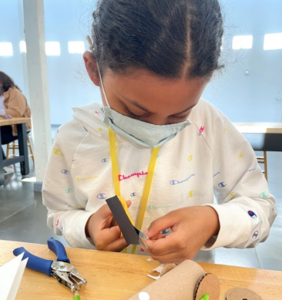 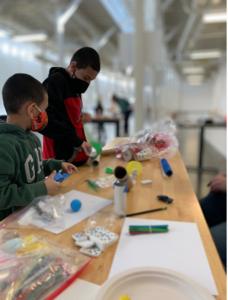 After thirteen years as Executive Director of the Westchester Children’s Museum, Tracy R. Kay has announced plans to step down by the end of June to take a new position as CEO of Bartlett Arboretum and Gardens in Stamford, CT.

During Tracy’s tenure, the Museum grew from a plan on the drawing board to become a beloved, vital educational institution serving the children of Westchester and the surrounding region. His departure coincides with the highly-anticipated reopening of the Museum on June 26 following the pandemic-related shutdown. Tracy's leadership allowed for robust, creative programming during the forced closure pivoting Museum educational resources to support at-home learning and socially distanced programming with a focus to reopen.

“The reopening of the Westchester Children’s Museum after a 15-month closure is cause for celebration and is a fitting capstone to Tracy’s legacy as our executive director,” says Carolyn Carr Spencer, President of the Museum Board of Directors. “The Board of Directors of the Westchester Children’s Museum extends its deep gratitude to Tracy for his dedication and professional leadership during his long tenure. Tracy’s direction enabled the Museum to become a reality – turning the passion of the founding Board to build a welcoming, vibrant learning space in our County into an institution that has now served over 300,000 visitors since opening its doors in 2016. The relationships that Tracy built with the staff, community, donors, public officials and most importantly, families and schools, position us for success in this new era.”

Tracy successfully led the Museum through the challenges of securing the Museum’s site at the North Bathhouse at Rye Playland and overseeing renovations that infused new life into the previously unused, nearly dilapidated landmark building. He built a passionate staff of educators and behind the scenes museum facilities and visitor services specialists. Tracy oversaw the opening of the Museum in 2016 followed by a $1.2 million expansion and renovation completed in 2020 that brought the Museum’s space to over 20,000 square feet. The expanded space was completed just before the pandemic forced the museum to close and will finally be available to the public when the museum reopens.

Tracy Kay comments, “I am extremely proud of what has been accomplished during my tenure with the Museum and wish to thank the many individuals who contributed their time, resources, and support to see us through our critical formative years. In spite of considerable challenges along the way, we have worked as a team to create a significant, welcoming space for interactive educational programming that will serve all of the region’s children for years to come.”

The Museum Board of Directors is forming a committee to actively embark on a search for a new executive director to lead the institution into the next phase. The Board will appoint an acting director to oversee operations in the interim.