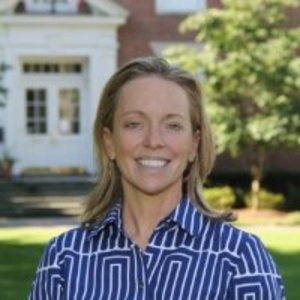 “It is critical that the GOP win this Senate seat, and we must rally around a single candidate as quickly as possible to take the fight to the Democrats for this April Special Election. I am ending my campaign today and supporting Julie Killian in this race,” Khojasteh said. “I have spoken with Julie and she has assured me that she will continue to promote policies that help lower- and middle-income New Yorkers achieve financial security and upward mobility. Julie is a strong candidate and will be a great Senator representing the people of Westchester County.”

“We decided to run at this time because we believe that it is imperative that the Republican Party promote positive policy solutions to the issues facing lower- and middle-income New Yorkers. We are encouraged by the gains our campaign has made and we will work to ensure that Republican candidates across New York continue to focus on these important issues and provide independent-minded solutions to make New York a great place to raise a family, start a business, and, ultimately, retire,” Khojasteh said.

Douglas A. Colety, Westchester Republican County Committee Chairman, echoed the sentiments of many Party leaders, stating, "What Sarmad achieved in terms of fundraising, garnering media attention, and generating grass roots support and enthusiasm for his campaign in an extremely short period of time makes clear to everyone that he is a rising star within our Party.”

Khojasteh was the first Republican candidate to enter the race, on December 4, 2017. Over a two-month period, the campaign broke a fundraising record for a political newcomer in this district by raising more than $128,000 in six weeks, and Khojasteh barnstormed the district speaking with media and meeting committee members and voters, sharing his ideas for practical solutions to solve the issues facing Westchester County voters, with a specific focus on economic policies that would make it possible for all New Yorkers to achieve the American Dream.

Khojasteh proposed a 529-style tax-advantaged, growth investment plan to help New York families save for their first home, a similar plan focused on small business entrepreneurship and a concept that would encourage angel investors to invest in New York-based start-ups.