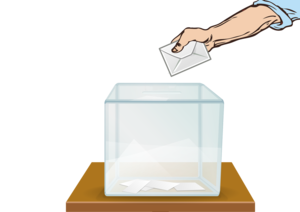 New York State has experienced massive early voting turn-out in the 2020 election, with an unprecedented number of absentee ballots as a result of the pandemic. We will not have final election results on Tuesday evening, since absentee ballots can not be counted -- by law -- until seven days after the election. Military ballots may not even be received until 16 days after the election. Most immediately, BOE will first count ballots from early voting, and then provide election day vote totals on election night. Statewide nearly 20% of the potential electorate voted early while, as of last week, roughly 2 million absentee ballots were returned.

"New York voters should understand that they will not know the results of many close races until more than a week later, and that this is not the death of democracy but a sign of life. The BOE can and must count absentee ballots carefully. Any candidate who declares victory too soon or seeks to invalidate the legal counting of ballots diminishes both military and other absentee voters as less worthy than those able to cast their vote in person," said Susan Lerner, Executive Director of Common Cause/NY.