Former Rye YMCA Employee Charged with Stealing from the Organization 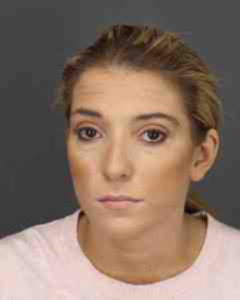 Westchester County District Attorney Anthony A. Scarpino, announced Lee Ann Borg of Croton-on-Hudson, a former employee of the Rye YMCA, was arraigned on a charge of Grand Larceny in the Second Degree, a class C felony. She was arrested Tuesday morning by Westchester County District Attorney’s Criminal Investigators and was charged in Rye City Court.

Borg is scheduled to appear in Rye City Court March 5, 2019.

Background
According to the felony complaint, Lee Ann Borg stole over $190,000 by making personal purchases with the Rye YMCA corporate credit card. As the former senior program manager of the Rye YMCA, Borg was authorized to make purchases for its programs and events. She allegedly abused that authority by making personal purchases from retail stores for items such as prescription medication, clothing and other personal items as well as several thousand dollars in gift cards deposited into her PayPal account for her personal use. The YMCA discovered the theft and reported it to the District Attorney’s Office.

ADAs Emily Rowe-Smith of the Investigations Division Economic Crimes Bureau, and James Tobin, of the District Attorney’s Rye Branch, are handling the case.