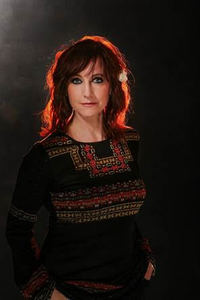 Rita Harvey’s ‘Heart Like A Wheel’ - A Tribute to Linda Ronstadt celebrates one of the most beloved and versatile pop singers of the past five decades. Hear the hits that Linda Ronstadt helped make famous ("You're No Good," "Blue Bayou," "When Will I Be Loved," "It's So Easy," "That'll Be the Day," "Desperado," "Heat Wave" and many others) as well as stories behind the songs that highlighted her career. These timeless favorites are performed by Broadway star, Rita Harvey, backed up by four incredible rock musicians.

Rita Harvey starred in the lead role of Christine Daae in the Broadway and National Touring productions of The Phantom of the Opera.  She was also in the Broadway production of Fiddler on the Roof as Hodel opposite Rosie O'Donnell, Harvey Fierstein and Alfred Molina. Other credits include Diana in the Theatersquared production of Next To Normal and Helen Bechdel in the White Plains Performing Arts Center’s acclaimed production of Fun Home. Rita is the principle soprano in "Neil Berg's 100 Years of Broadway" which was voted the number one reviewed touring Broadway concert in the country.

Rita Harvey’s ‘Heart Like A Wheel’ - A Tribute to Linda Ronstadt will play the White Plains Performing Arts Center on Saturday, January 25 at 8pm. Tickets are $37.50.