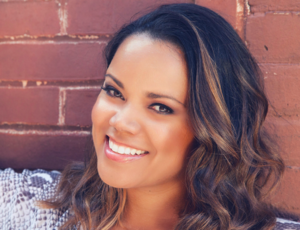 Kimberley first gained fame with her participation in the 2003 American Idol Television series where she place third behind Ruben Studdard and Clay Aiken.  Accompanied by a full orchestra, she will perform from the Great American Songbook and some of her recent hits.

Kimberley Locke “The Sum of All Parts” will play the White Plains Performing Arts Center on Saturday, February 15 at 8pm.

When Kimberley isn’t helping other artists to make their dreams come true, she’s creating and performing her own music.

Auditioning for the 2003 series of TV talent show American Idol® was a life-changing decision for Kimberley. She successfully passed the audition and became a firm fan favorite, eventually placing third behind Ruben Studdard and Clay Aiken and setting her on a new career path in the music industry.

Kimberley signed to Curb Records immediately after her American Idol journey, where she became a very successful recording artist and released three full-length albums with the label. Among her many achievements she’s had eight Top 20 Adult Contemporary hits and four #1 Dance hits across various Billboard charts. Her #1 club hit, a remake of the Freda Payne classic “Band of Gold,” was included on Billboard’s “Top 50 Dance Songs of the Decade” list. She’s also made history as being the only recording artist to score a #1 Christmas song on the Billboard Adult Contemporary chart three years in a row.

In 2009, Kimberley parted ways with Curb Records and became the first artist to sign a deal with Randy Jackson’s record label, Dream Merchant 21 Entertainment. Two years later, she announced she was launching her own artist consulting company, I AM Entertainment, LLC. She released her first independent EP album, “Four for the Floor” through I AM Entertainment in July 2011, followed by a cover of “Silver Bells” four months later, and “Finally Free” the following year.

Most recently she was seen at the 2016 finale of American Idol, which was watched by around 13 million viewers.  At the finale she sang her hugely successful 2004 single “8th World Wonder,” along with additional solo and group performances with other American Idol favorites.

In 2018, Locke released her single "Raise Your Hands.” In 2019, she released "Sleep Tight Baby Bright," the first single off her upcoming album of lullabies.

Kimberley is also seen daily on television as a cohost of Dr. and the Diva with Dr. Steve Salvatore. The show is daytime talk show that discusses health, food, fashion and fitness.