Carvel Celebrates 85 Years with 85 Cent Cones on May 2 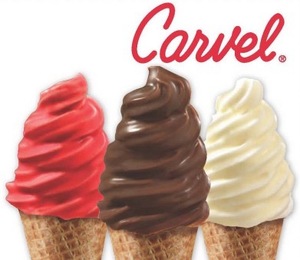 For Carvel's birthday, the gift is all yours. Come by your local participating Carvel any time on Thursday, May 2nd and get an 85¢ junior soft ice cream cone or cup. you can enjoy their classic vanilla, chocolate, or the brand new Cold Brew Coffee ice cream. Only one per person, but bring as many people as you want.

Carvel began selling ice cream out of his truck in 1929 in Hartsdale, New York. On Memorial Day weekend in 1934, his truck had a flat tire, so he pulled into a parking lot next to a pottery store and began selling his melting ice cream to vacationers who were driving by and he built his first permanent store at that location.

There are over 400 Carvel franchises and food service locations in 24 states, according to the company, but it says its key markets are in Connecticut, New Jersey, New York. Their headquarters are in Farmington, Ct.

To locate a Carvel ice cream store near you visit carvel.com