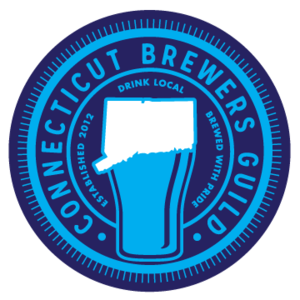 The Connecticut Brewers Guild wants to increase awareness on their eagerness to continue working closely with state lawmakers and others to help the booming craft brew industry to create even more good-paying jobs, bolster local craft beer production, and to increase direct-to-consumer sales.

Phil Pappas, the executive director of the Connecticut Brewers Guild -- which is the leading organization in the state with a mission to protect and promote independent Connecticut craft breweries -- said that a lot of progress has been made in recent years, but there’s a lot more work to be done to ensure the industry continues to grow and thrive statewide.

“In 2012, when the Connecticut Brewers Guild was founded, there were around 12 craft breweries statewide,” said Pappas. “Now, our state’s booming craft brewery scene has more than 85 operational breweries with many more in the planning stages. These craft breweries -- all of which are independently owned -- employ over 4,600 people statewide, produce more than 166,000 barrels of locally brewed craft beer, and contribute to an overall economic impact of $746 million annually.”

Breweries in the Shelton area include:

Pappas added: “Connecticut’s growing craft beer industry has been helped by state lawmakers providing a relatively healthy regulatory environment. We thank state lawmakers for their support to date, and now more than ever -- in an increasingly competitive state-by-state landscape -- we need a renewed commitment to strengthen our industry, which is a bright spot in Connecticut’s economy. Moving forward, we hope to work with state lawmakers and others to create even more local jobs, increase local craft beer production, and drive additional direct-to-consumer sales.”

This year, Connecticut craft breweries experienced a small win after two legislators proposed bills that were anti-craft brewery growth (P.B. 742 and P.B. 6658). After immense public pressure, and within 48 hours of them being posted to the Connecticut General Assembly’s website (www.cga.gov), the two lawmakers withdrew their names from each proposal.

“As the 2019 legislative session kicks into high gear, independently owned craft breweries look forward to working with business leaders and elected officials from across the state,” said Pappas. “We also look forward to working with representatives from the wholesaler, distributor, retailer, brewpub, and restaurant communities, to positively impact our state’s small businesses and economy both today and tomorrow.”

About the Connecticut Craft Brewers Guild

Founded in 2012, the goal of the CT Brewers Guild is to further promote our local breweries, move forward on Guild Member initiatives that foster profitability, and increase public awareness of all in-state breweries and legislative actions. As of 2017, Connecticut craft breweries employ over 4,600 people statewide, produce more than 166,000 barrels of beer, contributing to an overall economic impact of $746 million annually. To learn more, visit www.connecticut.beer.