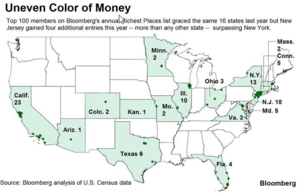 For Shelton the mean adjusted income per household was $114,830 according to the 2017 American Community Survey, which has it ranked 34 out of the 120 towns.  The number of households in Shelton as per the survey is 15,961.