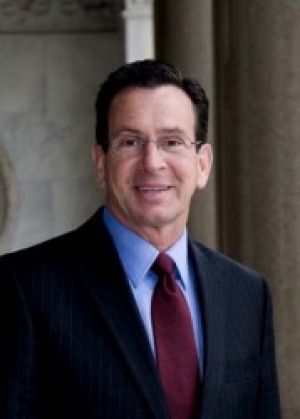 Governor Dannel P. Malloy said today that Connecticut Light & Power's (CL&P) request for a staggering increase of nearly 60 percent in the fixed monthly service fee on monthly electric bills is at odds with Connecticut's strategy of encouraging energy efficiency and the use of renewable energy sources and unfairly penalizes those who use the least energy, small businesses and people on fixed incomes.

In a letter to the Commissioners of the state's Public Utilities Regulatory Authority (PURA) Malloy said, "Everyone recognizes that CL&P faces new business challenges and changes in its revenue stream resulting from efficiency, the use of renewables, a growing emphasis on distributed generation, and other efforts to meet our energy needs in ways that will reduce costs and environmental impacts. However, we need to fashion an innovative and common sense response that will ensure the long term fiscal health of our major electric utilities without penalizing rate payers. Connecticut families and small businesses should not be asked to pay a higher share of the costs. CL&P's proposed increase in the monthly service fee and higher rate of return do not accomplish that objective."

As part of its request, CL&P has proposed increasing the fixed monthly service fee charged to all residential customers by nearly 60 percent – taking it from $16 to $25.50 per month. This would increase the fixed portion of the monthly bill for the average residential customer from 12 to 20 percent. A similar increase on small business customers would increase the fixed monthly charge by 45 percent.

In discussing his letter to PURA, Governor Malloy said, "If granted, the proposed increase cuts to the heart of our State's nationally recognized Comprehensive Energy Strategy (CES) by limiting the ability of residents and businesses across our state to reduce their electric bill through energy efficiency or the use of solar, fuel cells and other renewable energy sources. Such a step is completely contrary to Connecticut's energy policy, unfairly penalizes those who use the least electricity, and unduly burdens small businesses and people on low or fixed incomes.

The Governor also urged PURA to take a critical look at a second request from CL&P, which would give the utility company a higher profit margin by granting it permission to increase its rate of return on investments in the electric distribution system. The current authorized rate of return on investments by CL&P is 9.4 cents per dollar – and it is seeking to increase that to 10.2 cents per dollar.

"Major outages caused by Hurricanes Irene and Sandy, the October Blizzard of 2011, and several major winter storms painfully demonstrated a need to strengthen and modernize the electric grid – and CL&P has been working to do just that, " Governor Malloy said. "While these investments are both necessary and appreciated, we are living in a time of low interest rates and lower returns on investments, as anyone with a savings account or an IRA knows. In the current economic environment, we do not need to further burden rate payers by increasing CL&P's rate of return beyond what residents can expect in their own investments."

PURA opens public hearings Wednesday (Aug. 27) on a request by CL&P to increase rates for the distribution of electricity in its service area by $117 million. CL&P is also seeking to finalize cost recovery for $90 million spent to repair damage caused by a series of major storms, and $25 million it plans to spend to improve the resiliency of the electric grid by putting wires underground in critical areas, enhanced tree trimming, and the installation of newer and stronger wires.