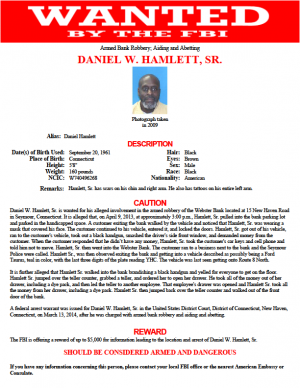 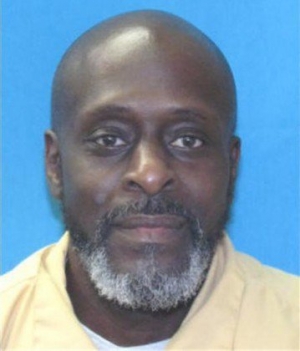 If you can help locate alleged bank robber Daniel Hamlett Sr., the FBI will pay $5,000.

Hamlett is accused of robbing Webster Bank in Seymour on April 2013. According to the FBI, before entering the bank, Hamlett was observed in his car putting on a mask and he also tried to rob that witness.

He entered the bank brandishing a handgun and fled with an undisclosed amount of cash, the FBI said. He drove away in teal Ford Taurus-style car with a partial license plate combination of YHC. Hamlett has scars on his chin and tattoos on his entire left arm.

He is considered armed and dangerous.