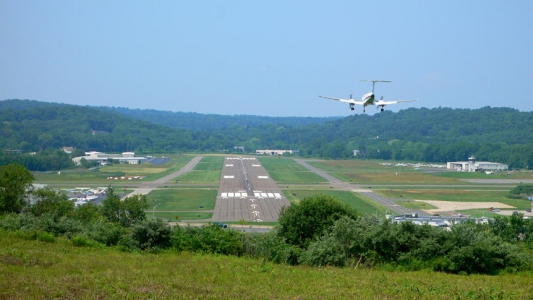 On Thursday night, a small plane went down into the swampy area by Danbury Airport, just off of Miry Brook Road.

"Our dispatcher heard on the scanner that there was a plane down in the area and called our ambulance on the radio," explains Ridgefield Fire Chief Kevin Tappe, who calls the coincidence "dumb luck".

Ridgefield Fire Department, the first ones at the scene, saw the pilot standing outside of the plane. "We yelled to the pilot who was standing on the wing of the plane and he responded that he was OK," says Tappe.

Danbury Fire Department arrived at the scene shortly after the Ridgefield unit.

Thankfully, there were no injuries. Tappe was not certain why the plane went down. We will share more information if it becomes available.