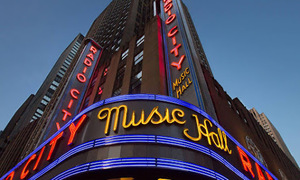 Madison Square Garden Entertainment announced on Tuesday that this years show has been cancelled due to the uncertainty surrounding the Coronavirus Pandemic.

In statement released August 4th, the company said “We regret that the 2020 production of the Christmas Spectacular Starring the Radio City Rockettes , presented by Chase, has been canceled due to continued uncertainty associated with the COVID-19 pandemic. We are disappointed for everyone involved with the show, as well as for the many fans who make the Christmas Spectacular a cherished part of their holiday tradition. We look forward to welcoming audiences back for the 2021 production, which is on sale now. All tickets for the 2020 production will be automatically refunded at the point of purchase”.

This year's Spectacular was slated to run from Nov 6th through January 3rd, 2021

Rockette Samantha Berger posted on her Instagram page, “Christmas has officially been cancelled,”. She been performing with the Rockettes for 15 seasons. “Until Next year,” she added with two broken-heart emojis. “Please Wear a Mask.”

The Rockettes usually perform up to 4 shows a day in the busy holyday season. There are currently 80 members of the troupe.

In a related development, the New York Post reported that Madison Square Garden Entertainment also announced plans to lay off 350 people as the pandemic continues to hurt venues that rely on live performances. That is approximately 1/3 of its employees, its sister company, MSG Sports is cutting 50 jobs, or about 15 percent of its staff. MSG Sports owns the NY Knicks of the NBA and the NY Rangers of the NHL.