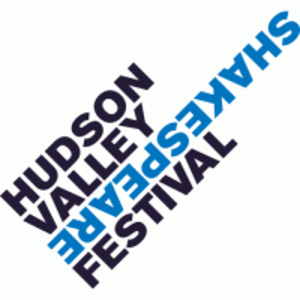 The Hudson Valley Shakespeare Festival are proud to present the plays for their annual HVSF2 Reading Series: Seize the King, Paradise Lost, and Untitled Agatha Project, an HVSF-commissioned adaptation.

Due to the global health crisis, the Hudson Valley Shakespeare Festival cancelled its 2020 season. The HVSF2 Reading Series typically takes place at the Philipstown Depot Theatre in tandem with the mainstage season, but this summer the series will be presented online with live performances, available to watch on Vimeo. This year’s online performances will be free, with a suggested donation of $20 per viewer. For more information and to register for a performance please visit: https://hvshakespeare.org/production/hvsf2-reading-series/

“At HVSF, all of our work has both a classic and a contemporary aspect to it: plays written hundreds of years ago and brought to life in the here-and-now.” says Davis McCallum. “For this year’s HVSF2 reading series, we’re focusing on three contemporary adaptations of literary works from the past, rendered by these terrific playwrights in ways that speak powerfully to our world today. These readings will translate seamlessly to online performance and we are thrilled to be producing and bringing people together in whatever way we can at this moment.” (Davis McCallum, Artistic Director; Kate Liberman, Managing Director HVSF)

Written by Will Power (The Seven)

Written by internationally renowned playwright, performer, lyricist, and educator Will Power, Seize the King is an invigorating, five-person reinterpretation of Shakespeare’s Richard III. Written in iambic pentameter, Power’s version features contemporary language juxtaposed against the classic form. Exploring the polarization and corruption that manifests from Richard’s insatiable quest for power, the story mirrors the dynamics we continue to face in society.

HVSF’s production will be directed by Jesse J. Perez, who originated the role of Richard in the world premiere of Seize the King at La Jolla Playhouse (San Diego, CA) in 2018. Seize the King will be performed at the Classical Theatre of Harlem in 2021.

Written by Erin Shields (If We Were Birds)

Playwright and actor Erin Shields seamlessly intertwines the 17th century and present-day in her adaptation of John Milton’s epic poem. Satan vents about her frustration at being cast out of heaven and her thoughts on oppression. When she finds out that God has created delicate new creatures called “humans,” she crafts a plan for revenge on the Almighty.

Directed by Lavina Jadhwani (As You Like It, Guthrie Theater)

In a commission specifically adapted for HVSF, Heidi Armbruster reimagines a classic murder-mystery for the stage. A famed detective faces a baffling whodunit when a peaceful village is turned upside down by the death of a widow, followed swiftly by the murder of the man she had planned to marry. The complicated case involving blackmail, suicide, and violent death leads the detective to one of the most startling conclusions of his legendary career.

Founded in 1987, Hudson Valley Shakespeare Festival (HVSF) is a critically acclaimed (The New York Times, The New Yorker, The Wall Street Journal), professional, non-profit theater company based in Garrison, NY, one-hour north of Manhattan. The Festival has established a reputation for lucid, engaging, and highly inventive productions staged in rotating repertory under an iconic, open-air theater tent overlooking the Hudson River. In recent years, the Festival has also ventured beyond the tent, touring its work to other venues throughout the Hudson Valley as part of its HVSF On the Road series, transferring productions to other theaters, engaging its community through radically participatory art-making, and reaching over 50,000 students and educators annually through its year-round Education programs.

HVSF’s mission is to engage the widest possible audience in a fresh conversation about what is essential in Shakespeare’s plays. The company’s theater lives in the here and now, at the intersection between the virtuosity of the actor, the imagination of the audience, and the inspiration of the text.