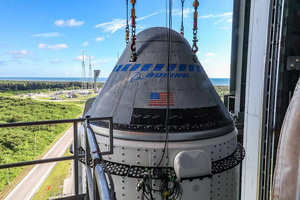 This Commercial Crew mission, called Orbital Flight Test-2 (OFT-2), will test the end-to-end capabilities of Starliner from launch to docking at the International Space Station, atmospheric re-entry, and a desert landing in the western United States. Following a successful completion of the OFT-2 mission, we are targeting late 2021 for the Boeing Crew Flight Test, Starliner’s first flight with astronauts aboard.