Virtual: How Lucille Ball Became The Most Powerful Businesswoman in Hollywood 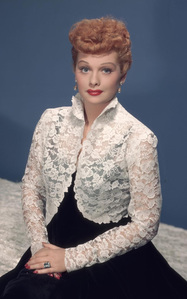 Virtual: How Lucille Ball Became The Most Powerful Businesswoman in Hollywood

Lucille Ball should never have been a Hollywood studio mogul. She was told she didn’t have it to be an actress, she ended up proving herself in a Three Stooges short. She was a B movie star who married Desi Arnaz and nearly divorced. Her movie career was done by the time she was 35. She went into radio, had some success and was offered a chance at TV. There were more obstacles and the Lucy show nearly never got on the air. There was a communist scare, the divorce all of which led her to a starring role. The most powerful businesswoman in Hollywood.

Please register HERE or call the library at 914-232-5717 in order to have access to these meetings. You will receive an email prior to the meeting with a Zoom invitation

Our programs are supported by the Friends of the Somers Library through our patrons' generous contributions.